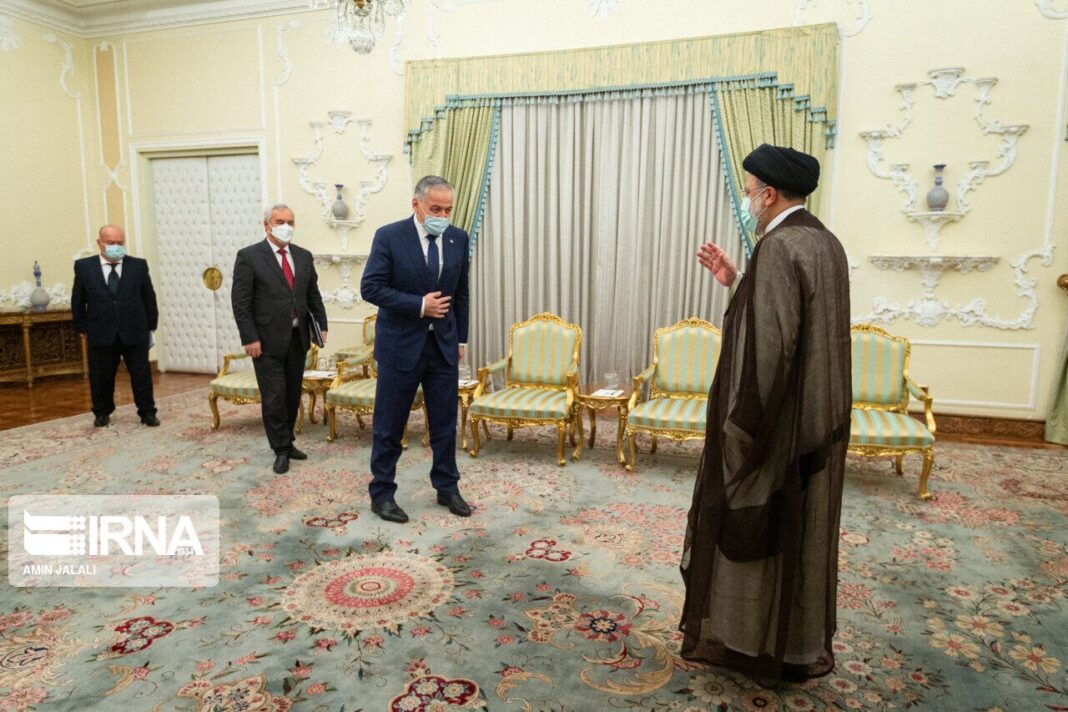 The Iranian president, in a meeting with the visiting Turkmen foreign minister in Tehran, said the formation of an inclusive government in Afghanistan will lead to the regional peace and stability.

President Ebrahim Raisi reiterated existing will to expand relations with Turkmenistan in bilateral, regional and international arenas and said the current level of cooperation between the two countries was far below capacities.

The President made the remarks in a meeting with the visiting Foreign Minister of Turkmenistan Rashid Meredov during which he highlighted the will of two countries official to expand ties and said bilateral cooperation could help boost regional peace and stability.

He expressed his gratitude to Turkmenistan for supporting Iran’s permanent membership in the Shanghai Cooperation Organization (SCO) which he believed was to the deep and strong cultural and religious bounds between the two nations.

Stressing dissatisfaction with the current level cooperation between Ashgabat and Tehran, the Iranian President said further expansion of mutual cooperation in various fields particularly transit and energy sectors will benefit the whole region.

Commenting on the situation in Afghanistan, he highlighted the need for establishment of peace and security there which would lead to the formation of an inclusive government there which must represent all ethnic and political groups.
The Turkmen Foreign Minister, too, expressed his

country’s interest in strengthening and deepening comprehensive Tehran-Ashgabat relations and stressed that Turkmenistan regarded Iran as a brother and friendly country and thus sought to increase the level of relations and cooperation with Iran in various fields including oil, gas, transportation and trade.

He said Turkmenistan supported the initiative of the Islamic Republic of Iran in Afghanistan and was ready to have close relations and cooperation with Tehran at all regional levels.

Turkmen Deputy Prime Minister and Foreign Minister Meredov, who arrived in Tehran on Tuesday morning heading a high-level delegation, was welcomed by his Iranian counterpart.

Meredov will also attend the second Foreign Ministerial Meeting of Neighbors of Afghanistan hosted by Tehran.

It should be noted that at the initiative of Pakistan, the first meeting of Afghanistan’s neighbors was held on September 8, 2021.

President Raisi will inaugurate the second ministerial meeting with a speech.