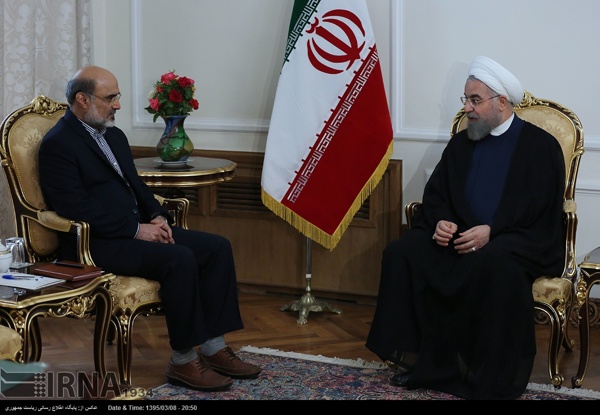 President Hassan Rouhani praised the Islamic Republic of Iran Broadcasting’s role in establishment of national unity in the country, and said that any inclination of the IRIB towards political sides is not acceptable.

Any type of IRIB activity in support of any political side is unacceptable, President Rouhani told the new IRIB Director Abdolali Ali-Askari in a meeting on Saturday May 28.

President Rouhani praised the IRIB’s role in creating national unity and mobilizing people during the years of the Holy Defense (the 8 years of the Iran-Iraq War) and in the post-war reconstruction period.

The IRIB, being the sole national media, has a great responsibility in deepening trust and promoting ties between people and the establishment, Rouhani said.

He noted that the government respects the independence of the IRIB, but at the same time it wants the IRIB activities to be under serious supervision of the three branches of the state (legislative, judicial and executive powers).

Noting that sowing discord is a hostile plot, the President said that polarizing Iranian society is contrary to the views maintained by the Leader of the Islamic Revolution, Ayatollah Seyyed Ali Khamenei.

Rouhani called the IRIB a national organization which has a duty to provide the public with information free from bias towards any political wing, and concluded, “I do not want the IRIB to play the role of a government public relations office branch, but the organization should be careful not to disillusion people about government activities.”