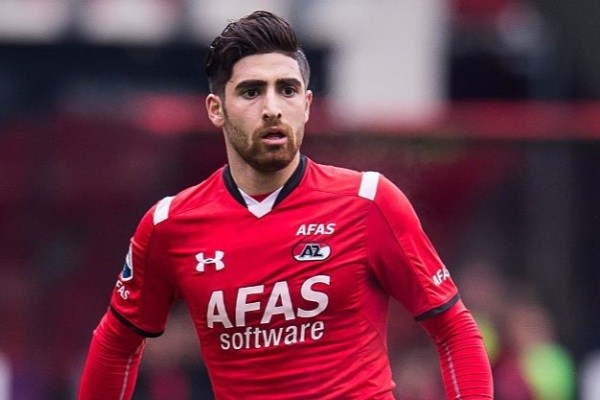 Iranian international winger Alireza Jahanbakhsh, who has been starring for AZ Alkmaar football club in the Dutch league, is on the radar of several Premiere League clubs, according to media reports.

The 23-year-old has been starring for AZ Alkmaar in Holland but they will consider selling this summer for around £9million, according to Daily Mail.

Jahanbakhsh can play across the front line and was first touted to make a major breakthrough by former Manchester United assistant manager Carlos Queiroz who called him into Iran’s 2014 World Cup squad.

Technically good on both feet and with an eye for a pass, Jahanbakhsh has continued to attract Premier League scouts this season with his assists and nine goals, some of which have been spectacular.

Watford, Bournemouth, and Burnley have all shown an interest and are weighing up whether to make an offer over the coming weeks.