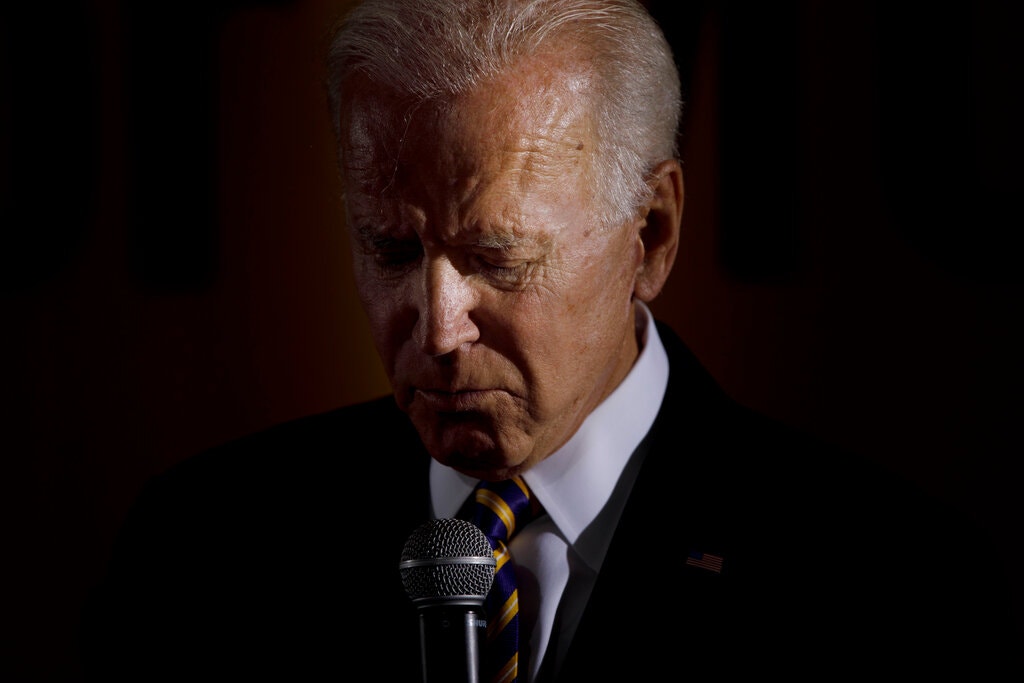 Half of American adults in a new poll disapprove of US President President Joe Biden, marking the first time his approval has dipped into "negative territory" since taking office.

Facing a barrage of bipartisan criticism for a month over handling of the turbulent U.S. withdrawal and evacuation from Afghanistan, and with an ongoing surge in new COVID cases due to the spread across the country of the highly infectious delta variant, Biden’s approval rating stands at 42% and his disapproval at 50%.

It’s a significant drop from Quinnipiac’s previous national survey in early August, when the president stood at 46% approval 43% disapproval, and it’s the first time Biden’s job approval rating has dropped into negative territory in Quinnipiac polling since the start of his presidency in January.

The president’s approval rating hovered in the low to mid 50s during his first six months in the White House. But Biden’s numbers started sliding last month, as the crisis in Afghanistan dominated media coverage and mask mandates started returning in certain spots across the country as coronavirus cases rose.

The president stands at 45%-50% approval/disapproval in an average of the latest surveys compiled by RealClearPolitics, and at 46%-49% in a compilation by the polling and analysis website FiveThirtyEight.

“If there ever was a honeymoon for President Biden, it is clearly over. This is, with few exceptions, a poll full of troubling negatives… from overall job approval, to foreign policy, to the economy,” Quinnipiac University polling analyst Tim Malloy highlighted.

Nearly seven in ten questioned in the poll said it was the right thing to do to end the war in Afghanistan, and a majority (54%-41%) said they approve of Biden’s decision to withdraw all U.S. troops from the war torn Central Asian nation – ending America’s longest war. But by a 65%-31% margin, Americans said they disapprove of how the president handled the rocky withdrawal and evacuation of U.S. personnel and Afghan allies.

Biden has been pilloried for his handling of the hastily organized evacuation efforts in Afghanistan. While the president has repeatedly declared the withdrawal and evacuation a success – the U.S. airlifted roughly 120,000 people, including more than 5,500 Americans, after the fall of Kabul to repressive Taliban forces in early August through the end of last month – he’s been accused by Republicans and some Democrats for underestimating the Taliban’s lightning fast takeover of the country and overestimating the strength of the now-collapsed, U.S.-backed Afghan government and military.

The president’s approval on handling foreign policy now stands at 34%-59%, and his handling of his duties as Commander in Chief of the U.S. military is also underwater, at 40%-55%.

Biden showcased his foreign policy prowess and his competence in running an administration as he challenged former President Donald Trump in the 2020 election. And while the rocky exit from Afghanistan is a major factor in the president’s approval rating plunge, it’s not the only issue that’s feeding the fall.

One of the issues that vaulted Biden to the presidency was the coronavirus, the worst pandemic to sweep the globe in a century. Biden vowed to do what Trump seemingly couldn’t do – get COVID cases under control, bring back a sense of normalcy to Americans and boost an economy that was severely battered by the pandemic.

But the late-summer COVID surge due to the Delta variant is another blow to the president. Biden’s approval on handling the COVID crisis now stands at 48%, with disapproval at 49%. Biden’s approval on the issue in Quinnipiac polling stood at 65%-30% in May and 53%-40% at the beginning of last month.