Politician’s Murder of His Wife Grabs Headlines in Iran

By Seyedeh Maryam Hosseini Lahijani
May 29, 2019

IFP has taken a look at the front pages of Iranian newspapers on Wednesday, May 29, 2019, and picked headlines from 11 of them. IFP has simply translated the headlines and does not vouch for their accuracy.

Iranian papers on Wednesday widely covered the shocking case of Mohammad Ali Najafi, the ex-mayor of Tehran and former vice-president who confessed on Tuesday to the murder of his wife Mitra Ostad at her apartment.

Also a top story was the Iranian foreign ministry’s reaction to US President Donald Trump’s softened rhetoric. The foreign ministry’s spokesman said Tehran sees no prospect for talks with the US for now, and that it expects Trump to act rather than talk.

1- We Haven’t Exchanged Any Message with US: Iran 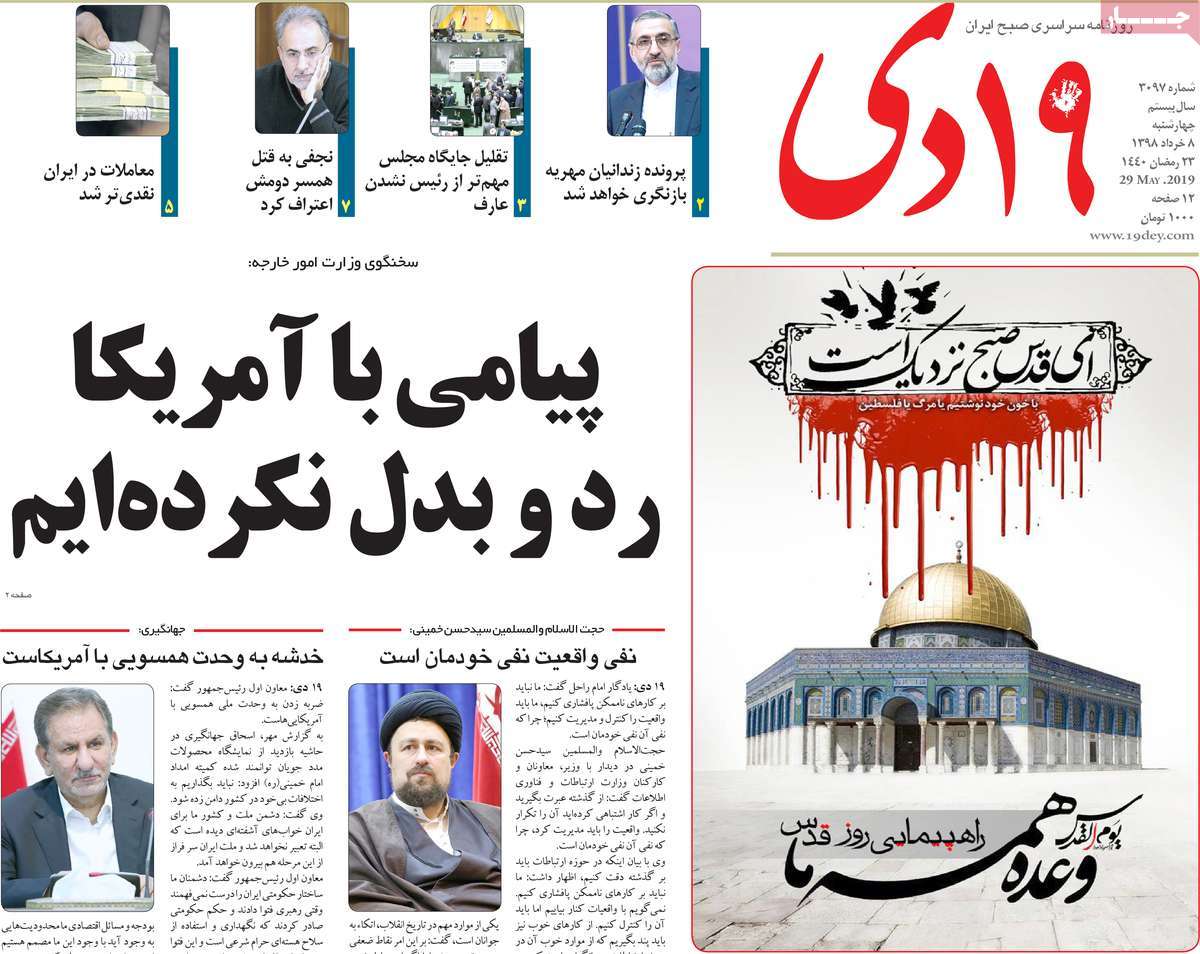 2- Ryabkov to Visit Iran for Talks on JCPOA

3- Iran Says Not after Negotiation with Any US Official

4- US’ Goal Not Negotiation with Iran: MP 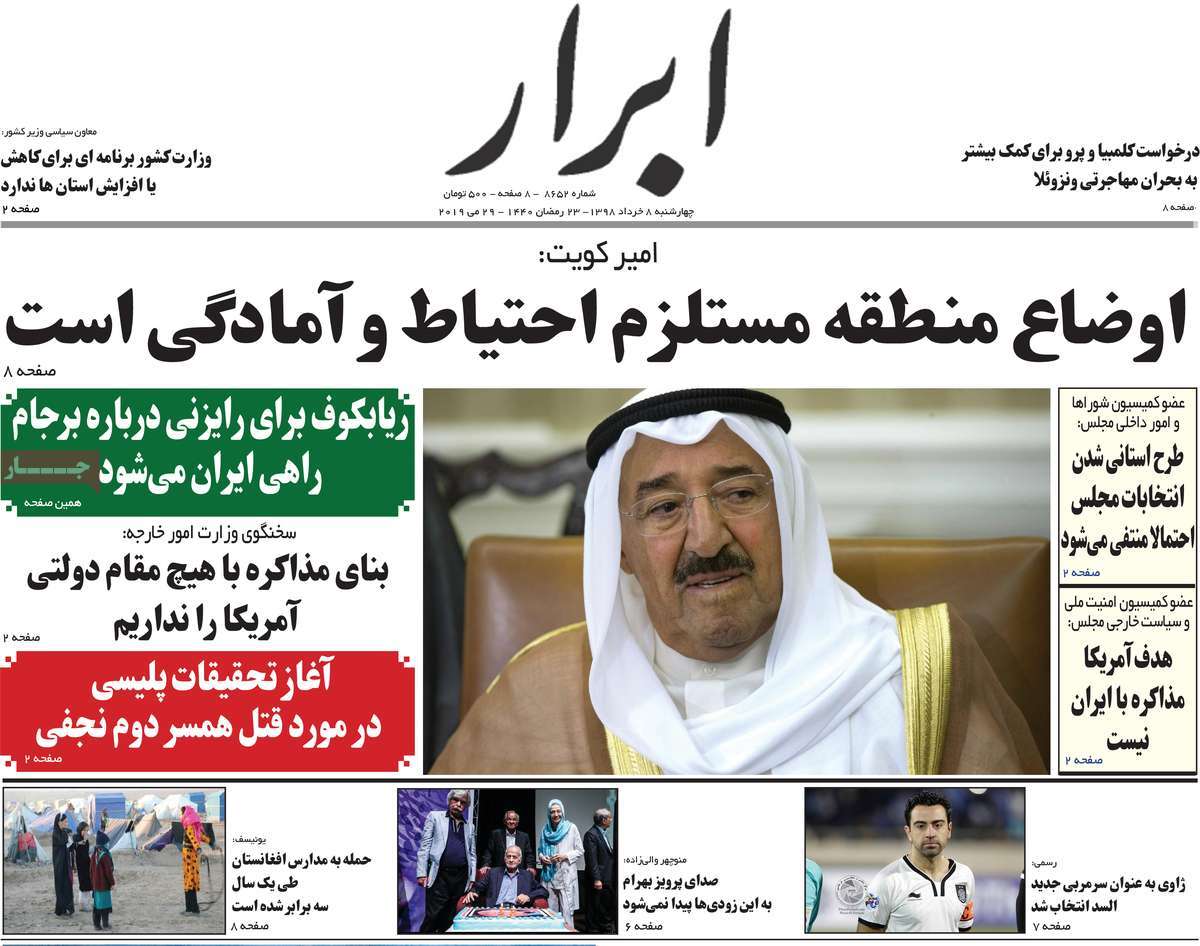 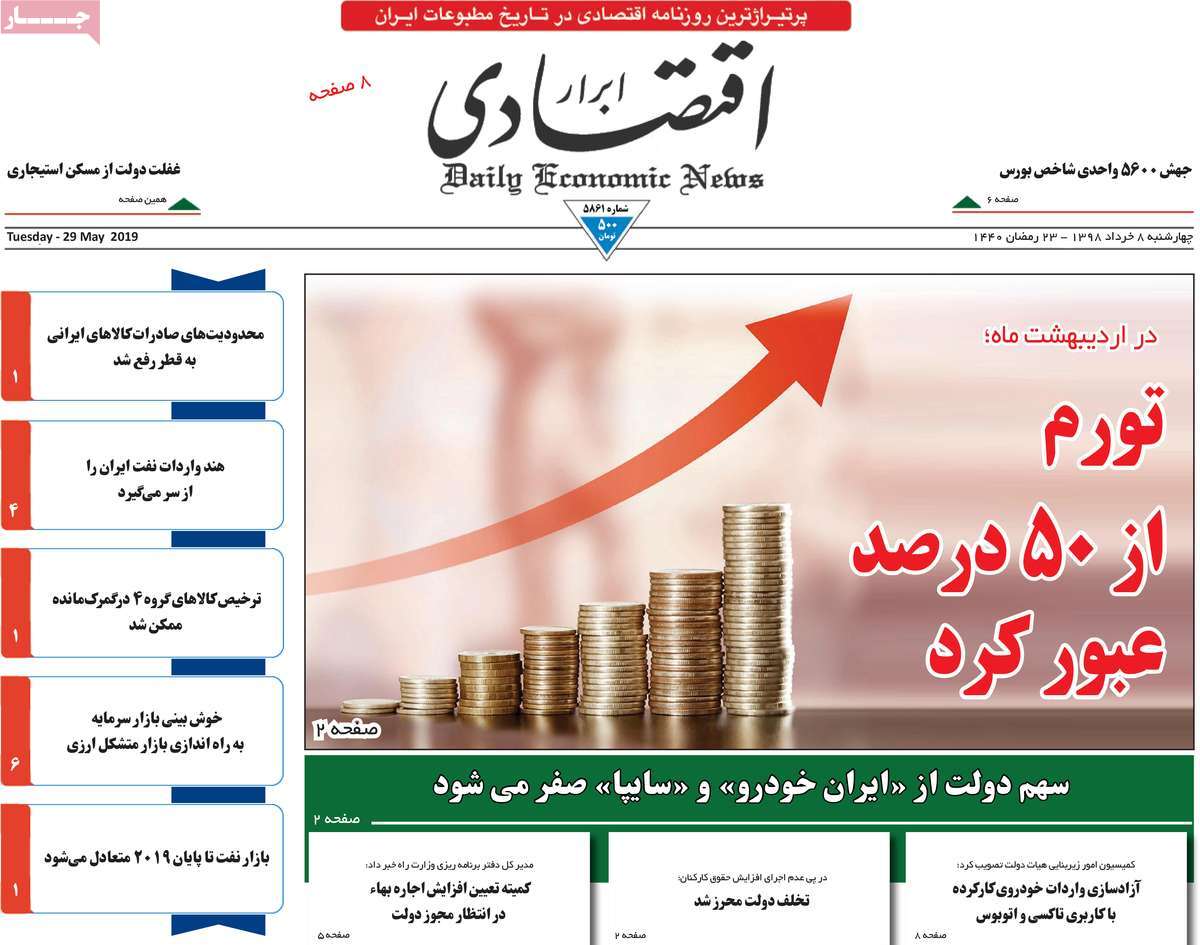 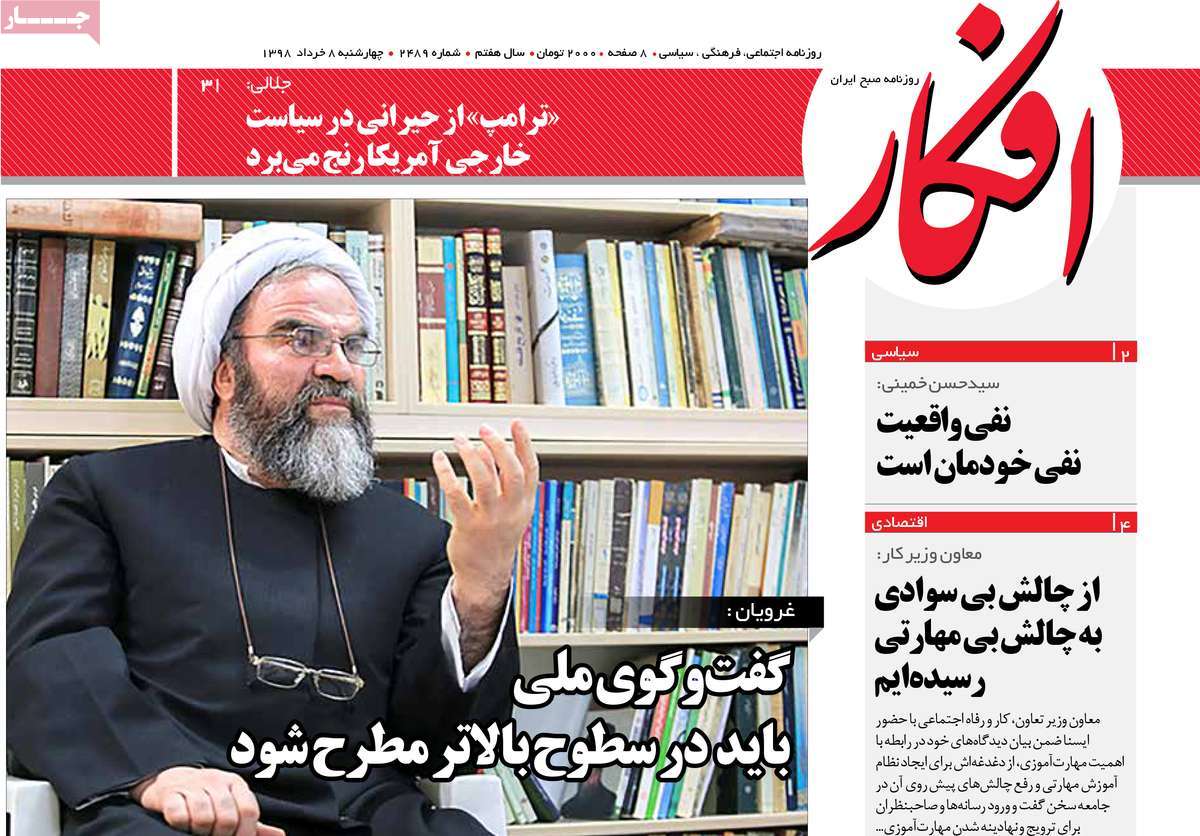 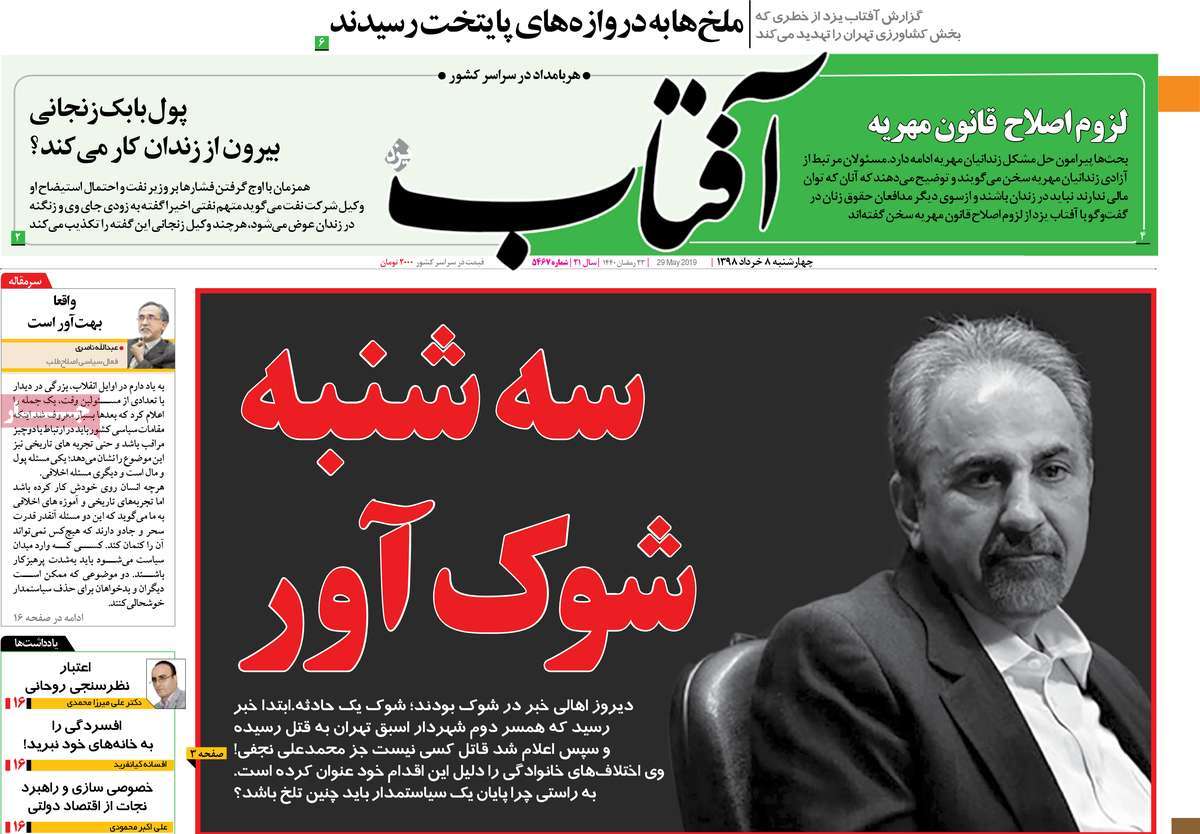 2- Culture Minister: No One Should Speak to Iranians with Coercion 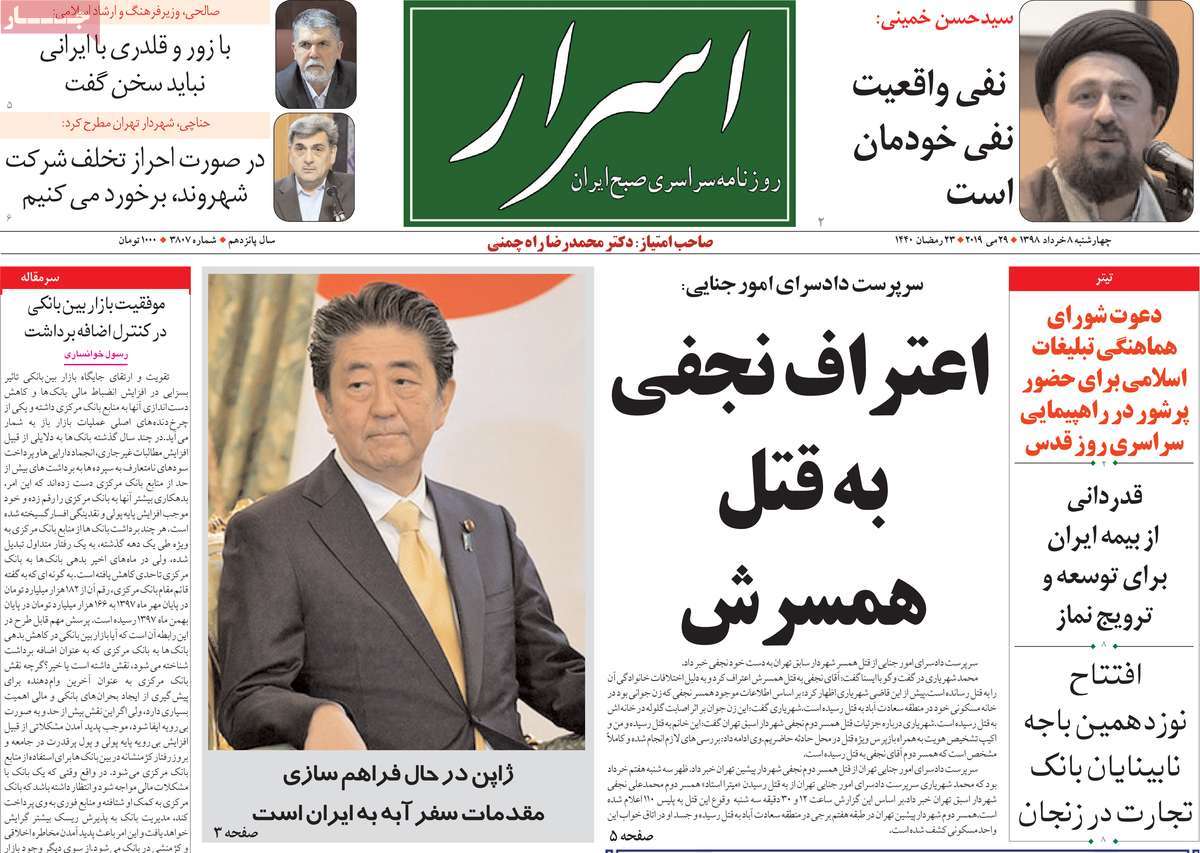 1- Tehran in Shock: A Review of Murder of Ex-Mayor’s Wife 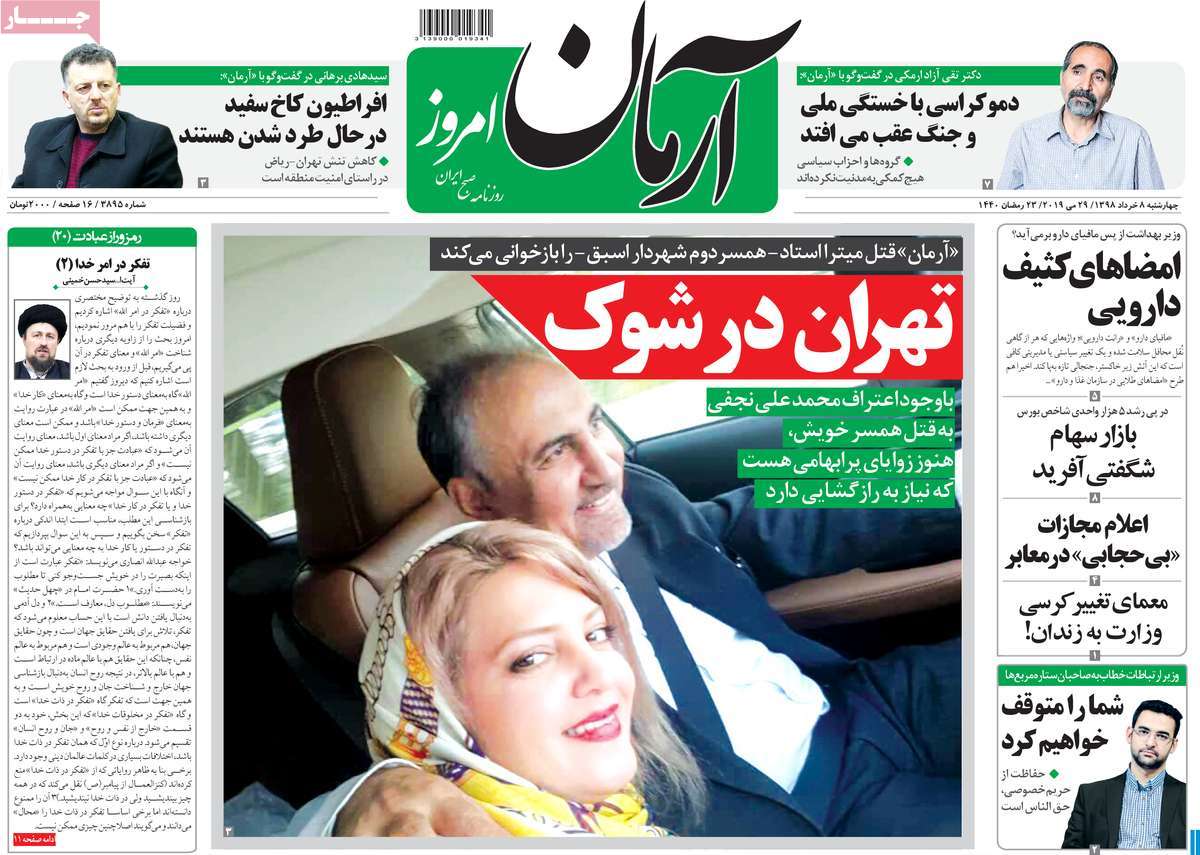 2- Another Chance for Diplomacy? [Editorial] 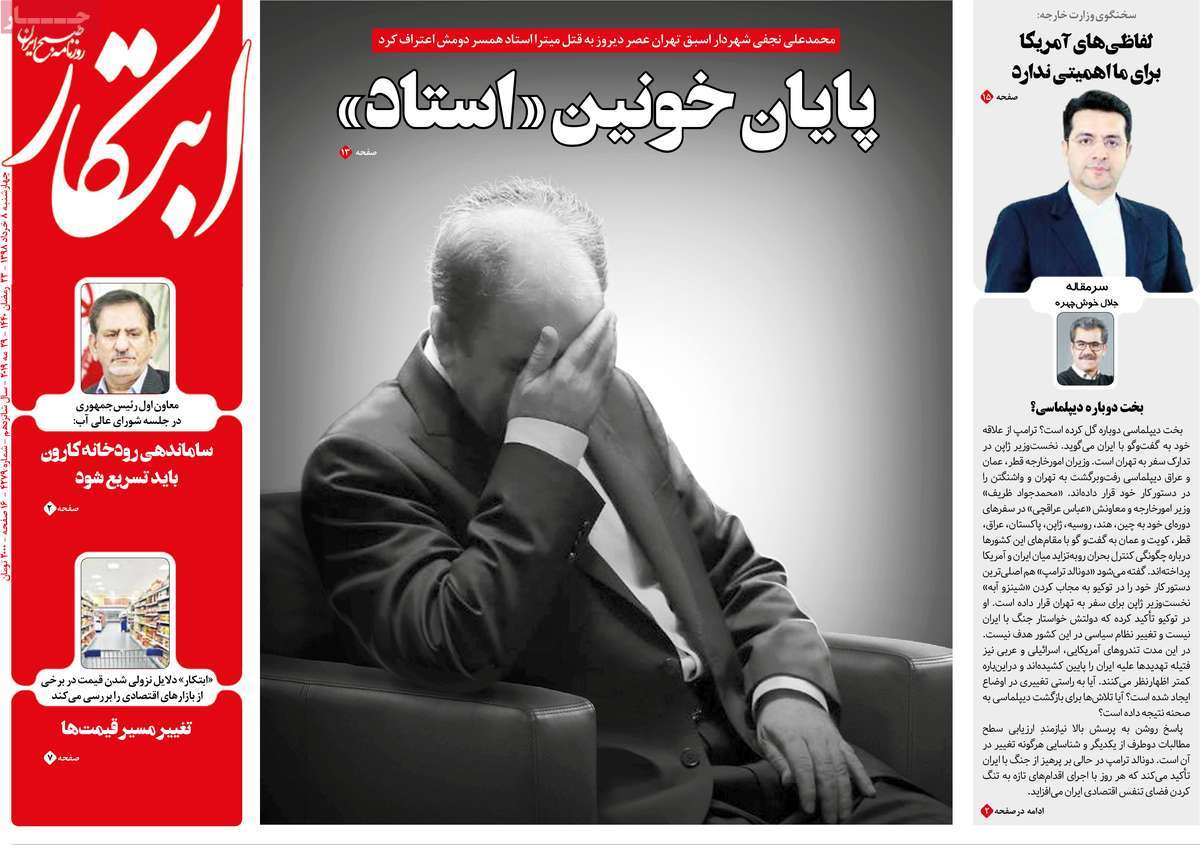 1- No Prospect for Europe’s Collapse: Analyst

2- Tragic Report of a Murder: Najafi Confesses to Murdering His Wife 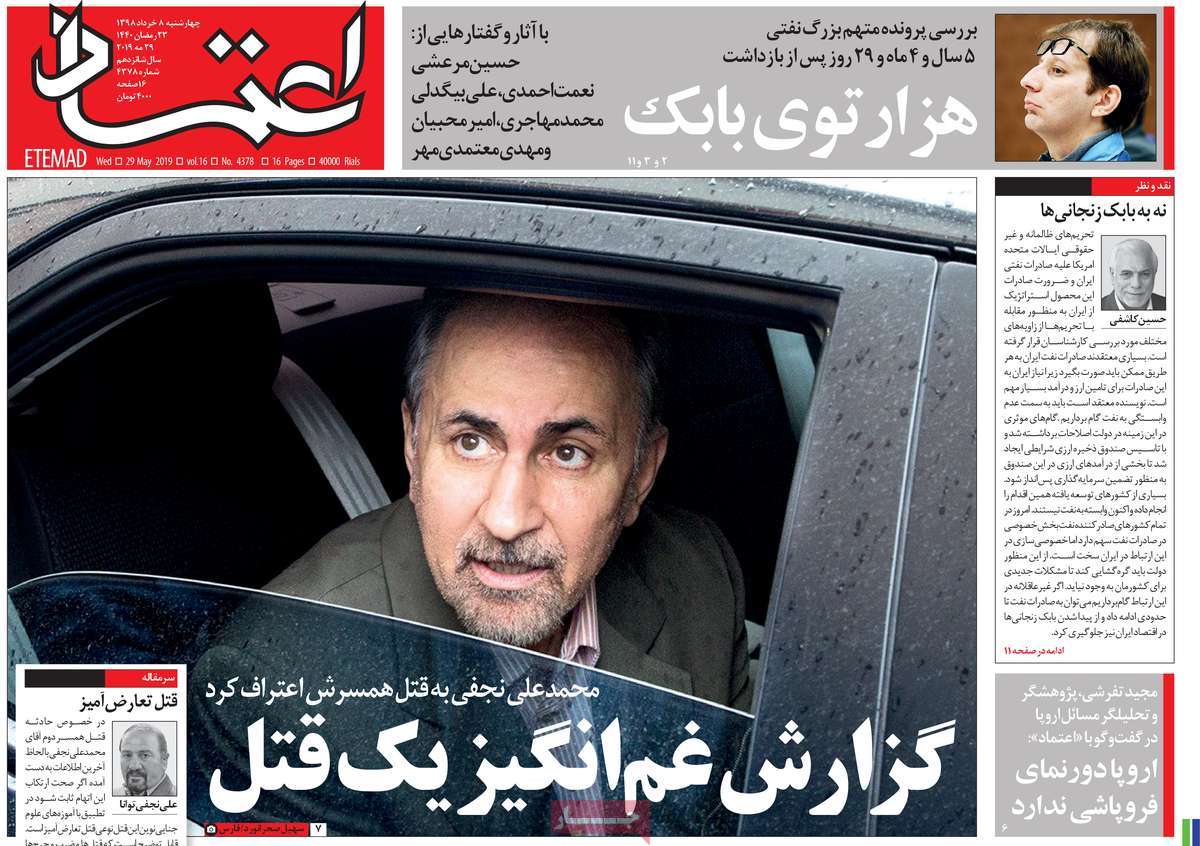 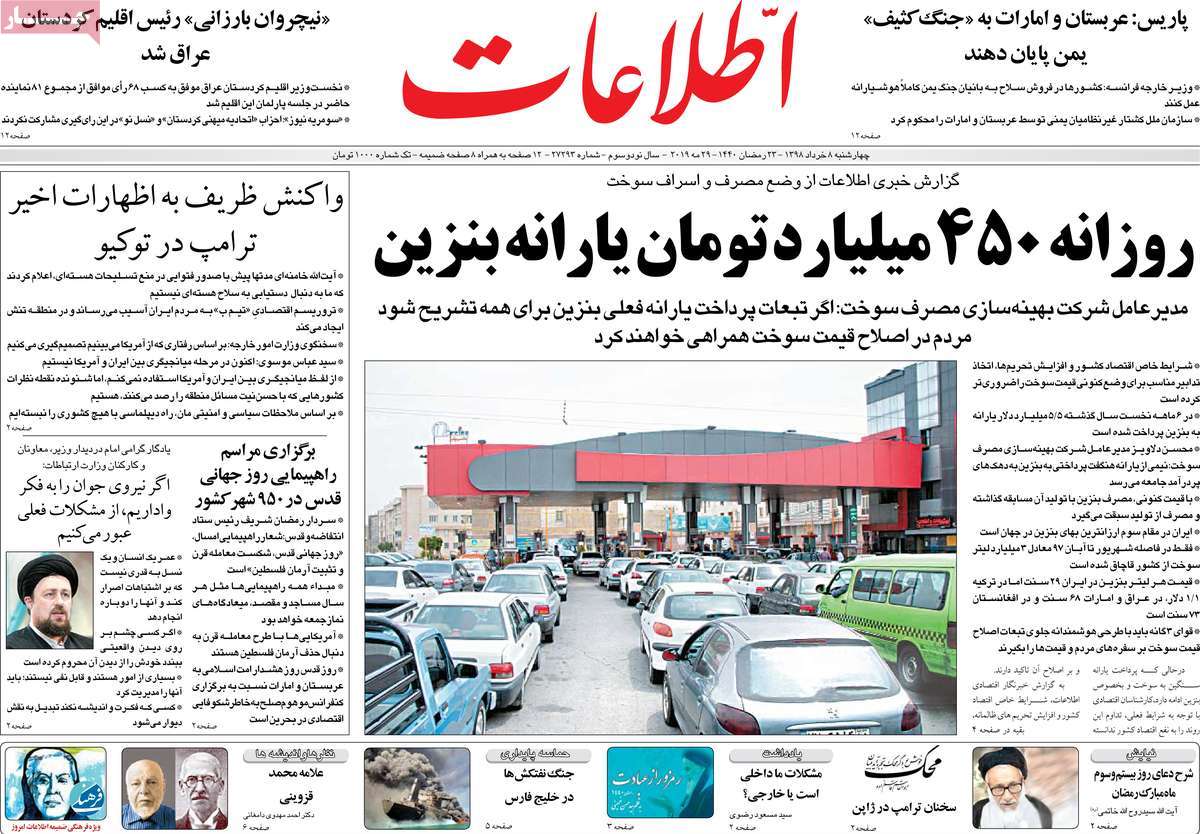 3- No Prospect for Talks with US: Iran 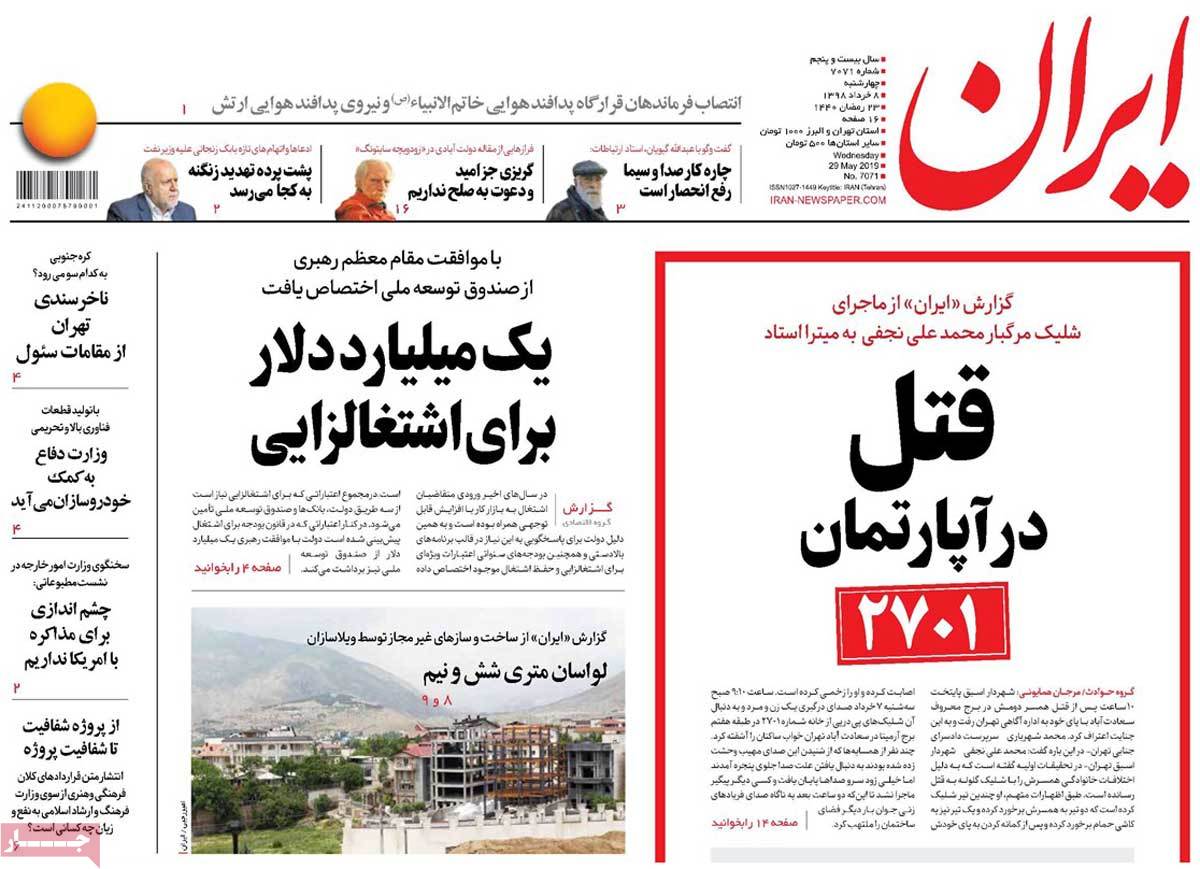