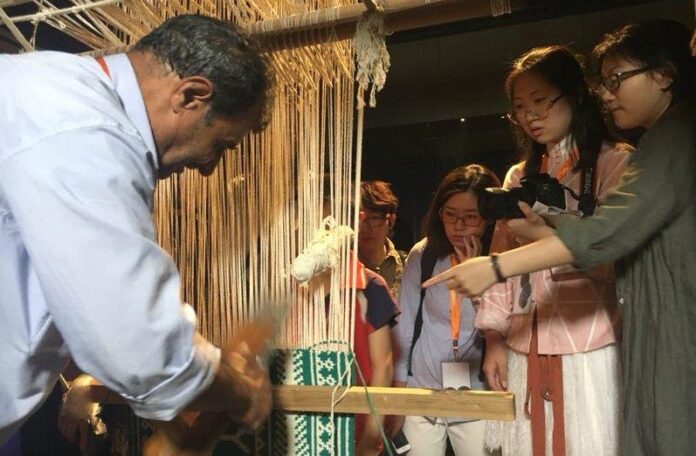 An international exhibition of Zilu, an ancient type of rug and floor covering, was opened on Wednesday at the China National Silk Museum in the city of Hangzhou.

Zilu or rough rug (fabric) is made of cotton thread and comes in various sizes and patterns. In Iran, the hand-woven rugs mostly decorate the mosque floors with smaller portions of Zilu fabric used as a cover for different items such as bags and cups.

As of Wednesday, the National Silk Museum in China’s Hangzhou is hosting an exhibition of Zilu rugs woven in Iran and 13 other countries participating the fair.

A representative for Iran’s Cultural Heritage and Tourism Organization in Shanghai said on the sidelines of the exhibition that the economic relations between Iran and China through the Silk Road have been accompanied by various cultural exchanges.

In an interview with IRNA, Hossein Khalifi has spoken about the role played by rugs in the lives of the Iranian people saying that “The rug is an integral part of the life of the people of Iran, and it has long been transported through the Silk Road to the rest of the world, including China.”

“The history of Zilu is not yet clear, but it is evident that it has existed in Iran since pre-Islamic era and the birthplace of this product is Yazd province.”

Khalifi further mentioned that Yazd is a city located in the heart of desert in which weaving Zilu has been widespread. Currently, in two cities of Ardakan and Meybod of Yazd province, this kind of art is still prevailing after many years.

The director of the Iranian pavilion says the Chinese welcome Iran’s Zilu more than the people of other countries. Ataollah Jalayer added that Iran and China have long had a special interest in the Silk Road, and now the One Belt One Road Initiative is the continuation of the same old Silk Road project.