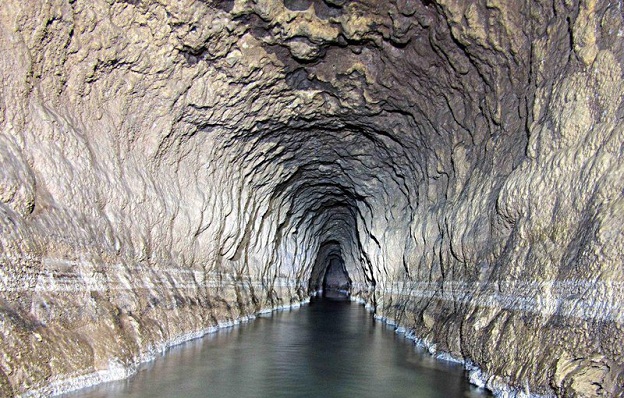 An Italian tourist says Persian Qanats are amazing attractions, but unfortunately are not much known to the world despite being inscribed on the UNESCO World Heritage List.

Viviana Guella, an Italian tourist, recently visited and was amazed by Gonabad Qanat [a type of ancient underground irrigation canal] in northeastern Iran.

Speaking in an interview with ISNA, she said, “The contradictory structure of the area has made it very beautiful, as it has a large surface covered with thorns through which a clear water is flowing.”

“The Iranian people are very kind and hospitable, and back in Italy I will tell my fellow countrymen how nice the Iranians are, especially the people of Gonabad.”

This Italian tourist, who is from the suburbs of Milan, added that the people have access to the water of this qanat without using any special technology and this is really interesting.

She said the qanats are wonderful, but are unfortunately less known to the world in spite of being registered in the UNESCO’s World Heritage sites.

The guide and interpreter of this group of tourists said, “For more than 40 years I have been working in this field, but for me the hospitality of people of Gonabad, along with the spectacular attractions of this city, were very enjoyable.”

“These tourists have travelled to Iran in the form of a cultural tour, and their main goal is to get familiar with the culture and customs,” she added.

Nine Italian tourists recently travelled to Gonabad and visited the Qasabeh Qanat, Riab village, Shariat water reservoir, the handicrafts market and other attractions in the city.