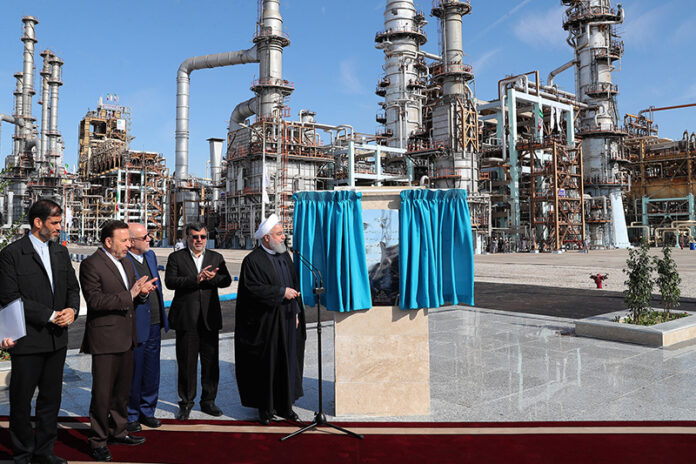 The project has been developed with a capacity of producing 12 ml/d of gasoline which can be promoted to 15ml/d, a report by dolat.ir said.

The construction process of the plant created 3,500 jobs and the plant itself can create 600 permanent jobs.

The project is also aimed at promoting the quality of the gasoline and gas oil produced in Iran to further protect the environment.

Before opening the third phase, President Rouhani had inaugurated a separate project designed to promote the quality of Bandar Abbas Refinery’s gasoline and oil gas.

The projects are launched on the 40th anniversary of the victory of the Islamic Revolution in 1979.

The Persian Gulf Star Refinery was constructed in 2006 near the southern port city of Bandar Abbas. The feedstock to run the facility is supplied by the condensate produced at South Pars gas field in the Persian Gulf.

Officials say the fourth phase of the mega project is set to be built in the future.