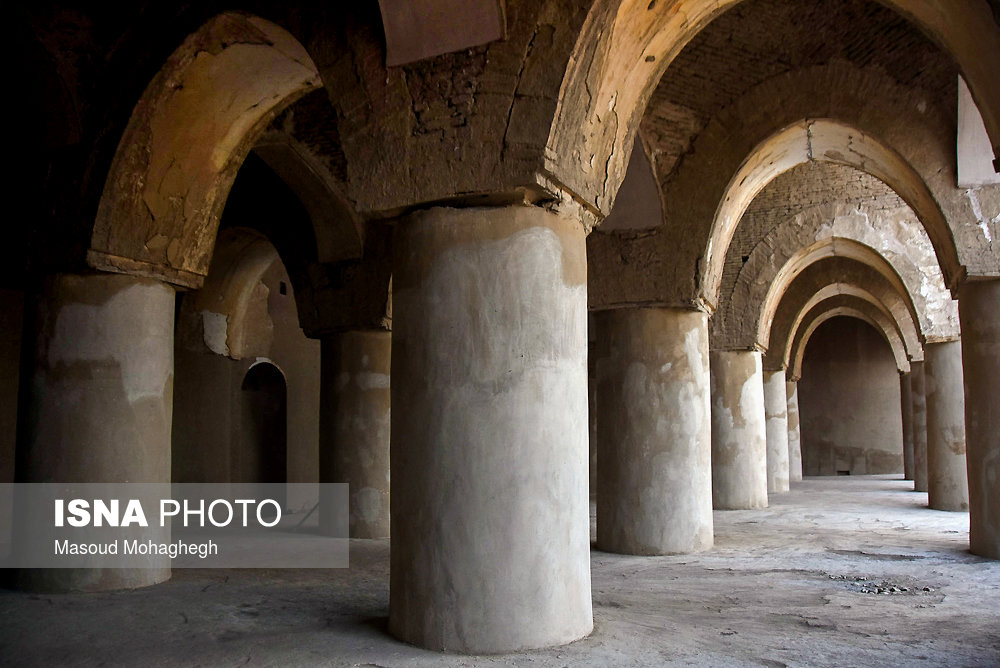 Tarikhaneh Mosque is an ancient site in the central Iranian city of Damghan. Initially a Zoroastrian temple, the monument was built more than two thousand years ago.

Known as Sad Darvazeh Mosque (Mosque of 100 Gates), Tarikhaneh is one of the oldest mosques in Iran and the Islamic history.

Tarikhaneh was established between 747 CE and 786 CE, a Farsi report by ISNA said.

Tari means God and Tarikhaneh means the house of God. The mosque is built in Khorasani architecture style. It is also among the earliest mosques in the Iranian history which accommodates a minaret inside its interior.

During the reconstruction of the mosque in the 13th Hijri century (1776-1883), architects set up some sharp domes instead of the original oval domes which had collapsed throughout history.