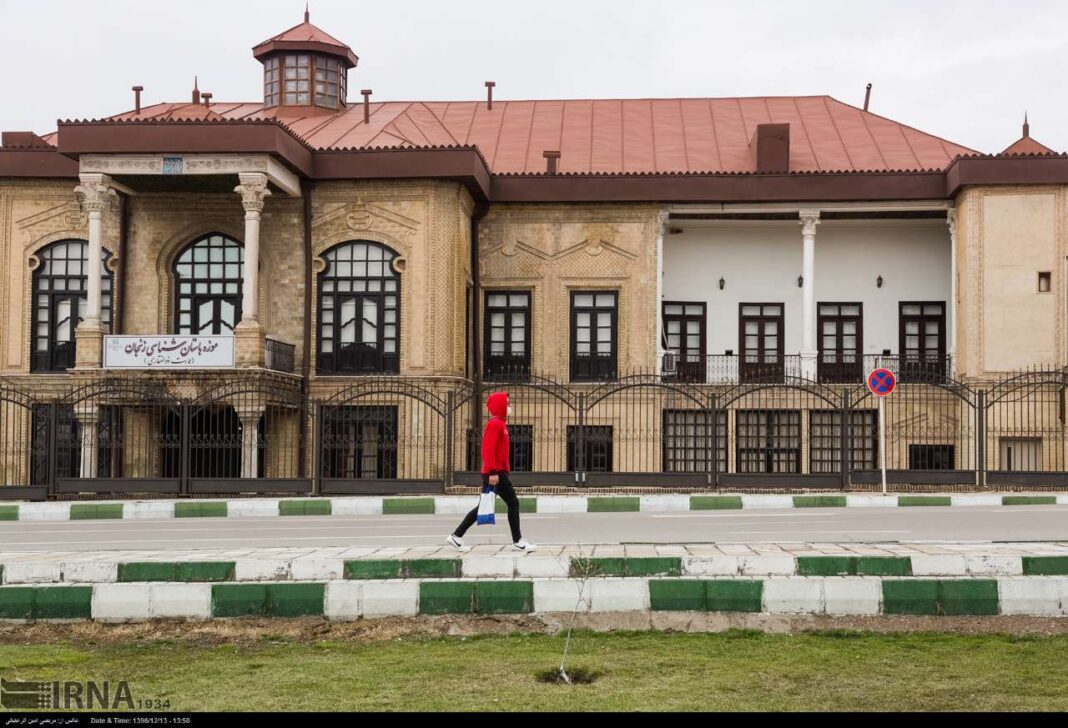 Zolfaqari Mansion is a structure located in a neighbourhood called Dalan Alti at the heart of the capital city of Zanjan Province in the northwest of Tehran.

Zolfaqari Mansion’s two-storey building was made by Asad-ud-Daula Zolfaqari in late Qajar Era. Like traditional Iranian houses, this building has an interior part, which was mostly used by women and servants, and an exterior, which was the public quarters mostly used by men.

A series of tunnels on the ground floor and basement once connected the interior, and exterior to the administrative quarters. The emphasis on symmetrical patterns is an entirely Iranian style, but the shape of the columns and their forms are Gothic.

The building has a dome-shaped octagonal lightwell which is known as the pavilion or Kolah Farangi. The wood plank ceilings of the second floor rooms with the geometrical patterns carved on them are outstanding. The tile-work of the first floor are all in the form of Qajar’s tiling with the famous Lotus pattern.

The twin windows used throughout the building have stained glass decorations. In 2009, the mansion was turned into the Anthropology Museum of Zanjan and today displays some valuable items, the most notable of which are the Salt Men.

Zolfaqari Mansion was inscribed on Iran’s National Heritage List in 1996.

Following you can see photos of Zolfaqari Mansion retrieved from IRNA: