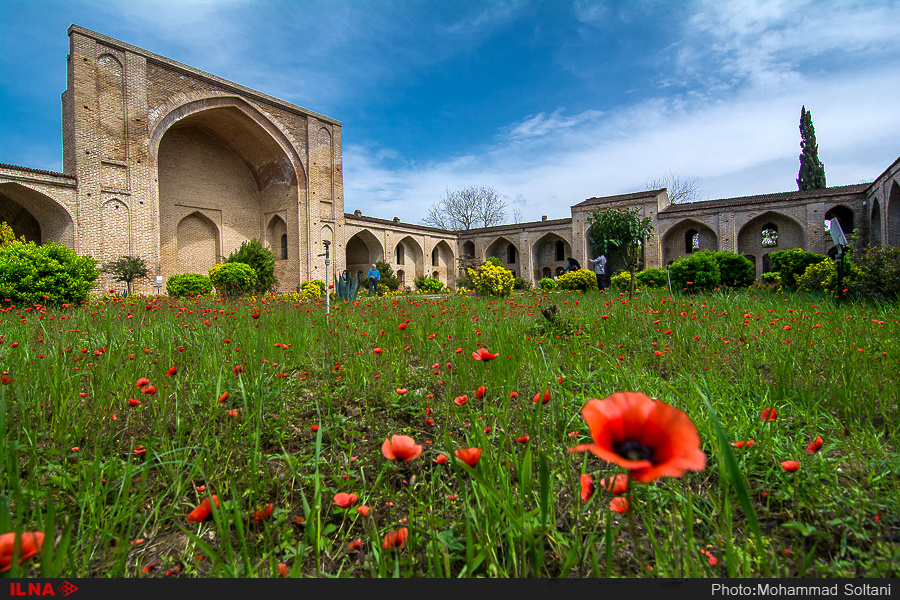 The Grand Mosque of Farah Abad in Sari, Mazandaran province, is part of Farah Abad historical complex built at the time of Shah Abbas Safavi (In around 1791).

The complex in which the Shah spent some years of his kingdom included the three buildings: the Grand Mosque, Shah Abbas Bridge and a palace named Jahan-Nama.

Many of the buildings in the ancient city of Farah Abad have been ruined throughout the history under Russian attacks except for the mosque.

The complex is located in an area about 25 kilometres away from Sari, the capital city of Mazandaran in north-eastern Iran.

At the time of its prosperity, the complex was called Darolsorour (house of joy) or Darolsaltaneh (house of the kingdom) at Safavid era. This monument was registered in the list of Iran’s national monuments in 1977 with registration number 1376.

What follows are IRNA’s photos of the mosque: