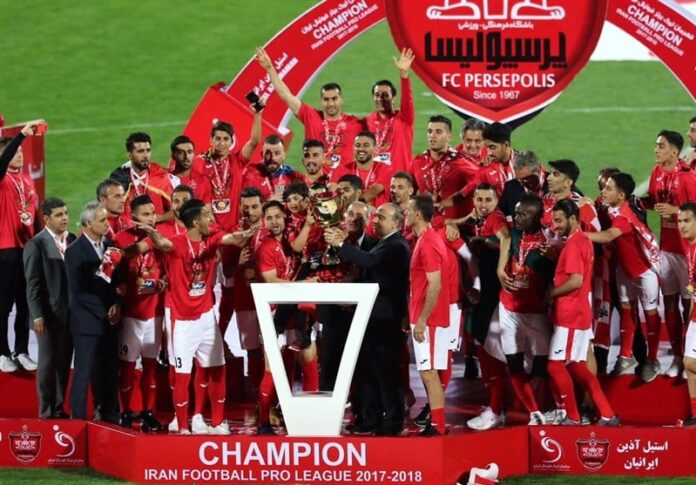 On Friday, the Reds celebrated their 11th title in Iranian football league in Tehran’s Azadi Stadium.

Mohammad Ansari opened the scoring for Persepolis from a set-piece in the 31st minute.

Farshad Ahmadzadeh was on target in the 48th minute and Kamal Kamyabinia opened the goal with a header in the 87th minute.

Ali Daei’s Saipa, who came fourth, beat Paykan 2-1, Tractor Sazi edged past Foolad in Ahvaz, Sanat Naft was held to a 3-3 draw by Esteghlal Khuzestan, Siahjamegan, who was relegated from IPL, lost to Pars Jonoubi 1-0 and Gostaresh Foolad played out a goalless draw by Padideh.