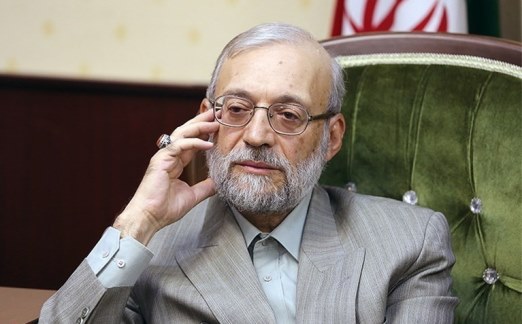 Failure to accept the deal will do considerable damage to the image of the Iranian government on the international stage, Mohammad Javad Larijani said.

The Islamic Consultative Assembly [Iran’s parliament] should issue a fact sheet on the Joint Comprehensive Plan of Action (JCPOA) Iran and P5+1 signed in Vienna on July 14 to minimize the risk of arbitrary interpretation of the deal, Mohammad Javad Larijani, who heads the Human Right Council of the judiciary, said in an interview with Tasnim News Agency.

The following is the translation of part of his comments in the interview released by the news agency on August 10:

Statements that the deal should include this or exclude that were only good when the Vienna deal had not been finalized yet. Today we have an agreement on our hands. It is not important what title that agreement carries. What is important is that it is a commitment on the part of the Iranian government and others involved in nuclear talks.

We need to avoid arguments which are useless or impractical. Statements such as the deal would have been better like this or like that should be avoided. This problem cannot be solved, because they (the negotiators) contend it was the best deal they were able to cut.

Legal entities including the Supreme National Security Council and parliament, and I emphasize parliament, should review JCPOA, but we need to throw our weight behind government and stand by it because our national interests are of paramount importance.

Some might argue that if we are to accept the deal, we should signal our approval outright. Why should we have discussions? The Supreme Leader has said that the deal should go through the legal process. Is this a formality then? Not at all. In fact, there are very important things that need to be discussed. Let’s assume we want to accept the deal. The question is what we should do to stick to our interests and at the same deny the enemy the opportunity to take advantage of the deal?

Despite arguments by some that the US Congress would kill the deal, I believe a joint meeting of Congress, attended by President Obama – either now or after the president’s veto of the initial congressional act – is very likely to give the Vienna accord the final go-ahead.

Anytime there was an agreement – both in Geneva and Lausanne – the US administration was quick to issue a fact sheet to publicize its interpretation of the deal. Coincidentally, those fact sheets turned out to be the foundation of what happened next. The Americans did this to replace the parentheses – that were to be eliminated – with phrases open to interpretation.

The fact sheets they issued are important because they are mostly supported by Western members of P5+1. This time around, the responsibility to issue a fact sheet lies with Congress. […]

We need to do the same thing in Iran to prevent the American plot from being realized. Arguments by executive officials that parliament should not get involved or by MPs that government should present the deal in the form of a bill to the Islamic Consultative Assembly for approval are waste of time. Government can presented a bill, or parliament can review the deal as part of an urgent motion.

Some might argue that what was signed in Vienna was a joint plan of action and not an agreement. The fact of the matter is that it is a deal that needs the go-ahead of parliament. If one looks too closely at the text of the deal, they may find areas which are somewhat incompatible with our Constitution.

For instance, if we decide to develop a certain area of our nuclear program, something which is in line with our national interests, we have agreed to present our plan to a committee which comprises foreign countries so that it can decide whether we need such development or not. This is against our Constitution. Any decision on what is in our national interest should be ours.

What I am saying is that the Guardian Council should also play an active role in this regard. Why is that many of us are doing nothing in this regard? What I’m saying is that we to approve the deal. But we have approval and approval. There are many things to do. We need to set aside laziness.

I have talked about these things to the parliament speaker. As a former member of the Islamic Consultative Assembly, I would like to call on all MPs not to let this historic opportunity slip. The nation expects them to act. They need to review the deal clause by clause and remove the loopholes the US may want to take advantage of. The chamber needs to put together a 30- or 40-point motion on the deal. One of these points should express support for the deal because such a measure is bound to help the executive branch in the future.

The Supreme Leader has said the case should go through channels stipulated in laws. Parliament has voted for legislation that calls for the deal to be approved by both the Islamic Consultative Assembly and the Supreme National Security Council. These two channels should be active. Parliament should take care of its business in coordination with the Supreme National Security Council. Naturally, the knowledge and experience of who have taken part in the talks should be tapped as well.

Parliament cannot delegate its authority to anyone else. Releasing a fact sheet is the responsibility of the Islamic Consultative Assembly. It would be in the best interest of the establishment to have a bill crafted in parliament to preempt the West and block its potential arbitrary interpretation of the deal.

Our vulnerability goes beyond the red lines we have set. By that I mean, even in areas where the government has respected the red lines, there might be some weak points. The first such weak point is political. The Americans argue that after 36 years of defiance, Iran has now bowed to Western nuclear demands which Tehran has dismissed as illegitimate all along.

The text we have signed off on allows the other side, the US in particular, to take advantage of the deal. For instance, the foreword of JCPOA, in its entirety, mirrors the concerns of the West as if our sole responsibility is to ease those concerns. We should have said the deal should ease our concerns too.

Anyone who goes through this text learns that it is open to political misinterpretation. Parliament should focus on this, because such misinterpretation would only be the starting point for the other party to want us to ease Western concerns about human rights, regional issues, Hezbollah, etc.

In other words, to the West this is the beginning of a very important game. Parliament can block this. That the Supreme Leader repeatedly said the talks should only focus on the nuclear case was meant to prevent the other side from taking political advantage of the deal.