Pakistan Not Cooperating with Iran on Pipeline: Minister 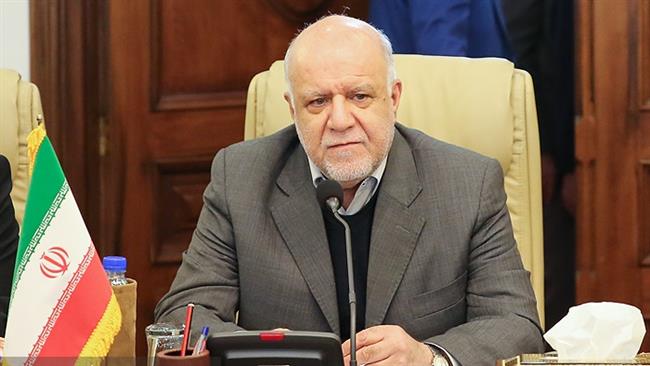 Iran’s Minister of Petroleum Bijan Zangeneh says Pakistan is not cooperating on the construction of a much-delayed pipeline to pump natural gas to the country.

“Pakistan has been falling short and is not cooperating on the construction of the pipeline,” state news agency IRNA quoted Zangeneh as saying Tuesday.

“It is likely that the US and Saudi Arabia have been doing some sort of sabotage,” the minister said, acknowledging a long-held view that Pakistan was under pressure to follow other options, including a proposed pipeline from Turkmenistan, nicknamed TAPI.

Zangeneh, however, said there are barriers to building TAPI which is designed to carry natural gas from the Central Asian nation of Turkmenistan through Afghanistan to Pakistan and India.

The $10 billion project has been touted as a rival to the Iran plan and drawn support from the US and Saudi Arabia.

State media said Turkmen President Gurbanguly Berdymukhammedov had sent a message to Saudi Arabia’s King Salman, “expressing gratitude for the investments provided by Saudi Fund for Development” for the construction of the pipeline.

Zangeneh played down those reports, saying the project was unlikely to proceed given that India and Pakistan are often at each other’s throat.

“Anyone who could bring Pakistan and India together would do a very difficult and important job,” he said.

The Iran plan, dubbed the “peace pipeline”, was initially designed to pass through Pakistan into India but New Delhi quit the project in 2009.

The $7 billion project was conceived in the 1990s to connect Iran’s giant South Pars gas field to the subcontinent. Unlike TAPI, the project does not have to cross Afghanistan for an extra 700 km in areas riven by Taliban and Daesh militants, apart from being cheaper.

Tehran is already selling 1,000 megawatts of electricity to Pakistan and plans to increase this up to 3,000 megawatts, according to President Hassan Rouhani.

The energy crisis in Pakistan, which suffers about 12 hours of power cuts a day, has worsened in recent years amid 4,000 megawatts of electricity shortfall. The nation of 190 million people can only supply about two-thirds of its gas needs.