Paintings that are a nostalgia trip for many Iranians 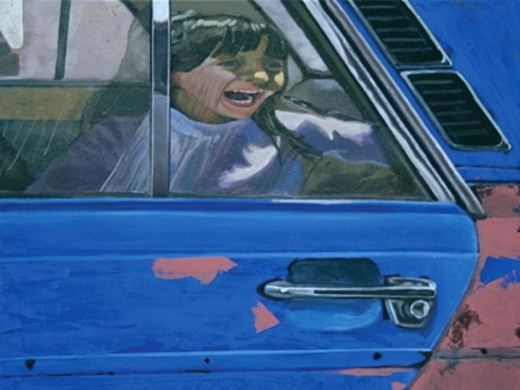 A discontinued car model is a fixture of the paintings by young Iranian painter Hossein Soltani.

Paykan, which means arrow in Persian, was an automobile produced by the Iranian carmaker Iran Khodro Industrial Group. The design of the car, which was very popular in Iran from the late 1960s to the late 90s, was based on the 1967 Hillman Hunter originally manufactured by the British Rootes Group. Less than a decade after the production of Paykan came to a halt the sight of the car, which was once referred to as the “Iranian chariot”, makes many people feel nostalgic.

A 280th issue of Tandis Biweekly out in mid-August featured an interview with a painter Paykan has been a fixture of every painting of his. Hossein Soltani, 36, says he is inspired by the paintings of English painter John Salt. The photo gallery below features some of Soltani’s paintings: