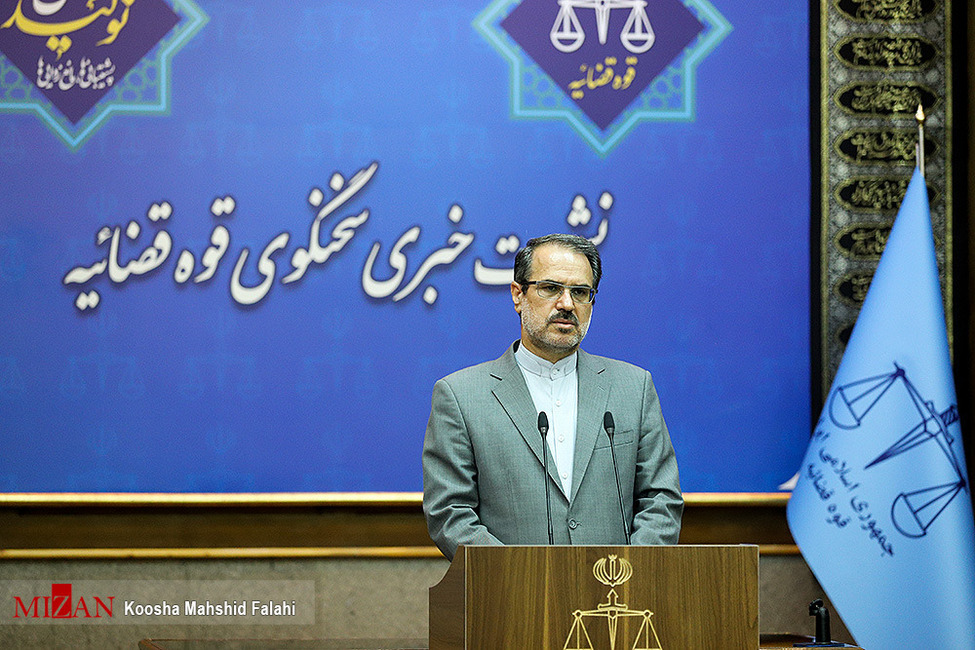 Iran’s judiciary spokesman says some scenes of videos recently leaked from inside the Evin prison in Tehran indicate some of the officials and prisoners there committed offences.

“Some of the scenes in these videos are related to the offences committed by prison officials and guards. They are regarded as crimes and can be prosecuted,” said Zabihollah Khodaian.

“And some of the scenes are related to inmates harming or killing themselves. So, one cannot say prison guards are always to blame,” he added.

“Anyway, the prison itself affects individuals mentally and makes them angry, which, in turn, leads to many fights inside the prison,” the spokesman explained.

“So, some inmates may get into a fight. We should pay attention to this point. Such incidents happen in prisons both in the country and in other parts of the world,” he added.

Elsewhere in his remarks, he said the leaked footage is a montage.

“Those who have released the videos have actually edited them. These videos may date back to previous months and years, and they have pieced these images together. Accordingly, we should not think that such incidents happen in prisons on a daily basis,” the spokesman said.