Obstacles the US has thrown in the way of nuclear talks 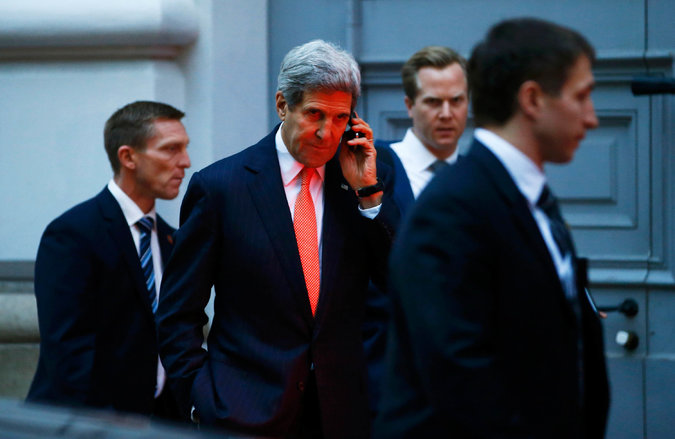 A breakthrough in nuclear talks is said to be within reach with Iran pressing home the message that nothing short of a final deal would serve the interests of the entire region.

With only a couple of days to go before the November 24 deadline, speculations as to whether or not the negotiating teams can conclude a deal are growing. As different countries and groups call on parties to the talks to try to resolve a 12-year-old dispute over Tehran’s nuclear program, the US policies seem likely to disrupt the ongoing talks.

Tasnim News Agency on November 16 filed an analysis of the negotiations between Iran and major powers at a time when heated debates and guesswork surrounding the talks have done little to help the prospects brighten. It also takes a look at different scenarios that are likely to be put on the table, with a sharp focus on what stands in the way of a final deal. The following is a partial translation of the analysis:

Reports released on the future of the talks explain the scope of Iran’s uranium enrichment and the way sanctions are to be removed as the main sticking points in reaching an agreement. […]

Iran’s compliance with its obligations as a member of the International Atomic Energy Agency and the all-out support the Islamic establishment has lent to the negotiating team reaffirms Iran’s steely resolve to arrive at a deal with the six world powers. But, major hurdles in the US could dim the prospect of such a deal.

Sanctions: A weapon the US does not want to lay down

Ever since Washington imposed economic embargoes against Iran, it has gone to great lengths to win over the international community for respecting its sanctions. Over the past decade it has exploited every avenue to fill the void created by the sanctions and now that a final deal seems to be on the horizon, it is struggling to get maximum concessions in exchange for lifting the sanctions.

Paranoia of a nuclear breakout

The US officials describe “nuclear breakout” [the time it would take to produce enough highly enriched uranium for a nuclear weapon] as one of their main concerns when they make comments on Iran’s nuclear program. […] The IAEA has repeatedly claimed in its reports that non-cooperation on the part of Iran will keep the case unsolved. Nuclear physicist Yousaf Butt, who is also a senior scientific advisor to the British American Security Information Council (BASIC) in London, has said in published remarks [Why is the IAEA getting Iran Wrong, The National Interests, Nov. 14, 2014] that the UN nuclear agency has got involved in the “Possible Military Dimensions” (PMD) file, asking, “Why is the IAEA pressing Iran on dubious evidence garnered from adversarial intelligence agencies?” whereas “there is not much nuclear-weapons expertise at the IAEA.” […]

Interference by the pro-Israeli lobby in the US foreign policy is no secret. […] It is clear where Benjamin Netanyahu and other Israeli officials stand on Iran’s nuclear talks. That says a lot about what pro-Israeli lobbying group expects of Washington in the nuclear talks: irretrievable breakdown, moving toward heightened sanctions and ultimately a war. […]

To protect the American national interests, the US foreign policy needs to cut off the hands of the pro-Israeli lobby from lawmaking and policymaking, especially when it comes to dealing with Iran’s nuclear dossier and other regional and international questions – something which does not look likely to happen any time soon.

US bipartisan wrangling in nuclear field

The Republicans seem to be inclined to show opposition to almost anything the US president – a Democrat – does, irrespective of what the American national interests call for. […]

The across-the-aisle bickering over Iran’s nuclear program is not all. The US media too have waged full-scale war against a deal. Few are days in which a highly-circulated US paper does not publish an op-ed or opinion piece to negate any compromise or acceptance of Iran’s nuclear rights. This trend has been given momentum with the November-24 deadline looming.

Obama’s dismal foreign policy record speaks for itself: the bleak outlook of Palestinian-Israeli peace; the Ukrainian crisis and mounting tensions with Russia; US friction with China and its challenges in East Asia; trouble in Iraq and Afghanistan which are still reeling under the aftermath of unpopular US wars; and the like.

As for a nuclear deal if the obstructionist moves by hawks in Washington prove successful, Obama will be remembered as a president who could never use diplomacy to deescalate the [politically-charged] situation.

US needs to change course

The US administration needs to remove the obstacles in the way of the nuclear deal. […]

The American policies, at home and abroad, have been overshadowed by legislative lobbyism. The lobbyists who serve the interests of their advocates – Zionists and oil-rich Persian Gulf states – influence US decisions on security, economic and social fronts as well as the stances of the Obama administration on nuclear talks with Iran.

Washington needs to get the core of the issue: partisan rivalry in Congress has nothing to do with Iran. A successful foreign policy calls for a country’s corridors of power to speak with one voice. If President Obama fails to arrive at a consensus, sooner or later the Republican-held Congress will sabotage the nuclear talks and a possible conclusion of a deal.

Time is tight. As the US secretary of state is sitting around the negotiating table with Iranian diplomats, Obama is expected to do something for what is playing out inside the US. If not, he is to blame for the possible breakdown of the talks.