An Iranian analyst says the former US president, Barack Obama, was popular among Europeans, but people in the Middle East had a low opinion of him. 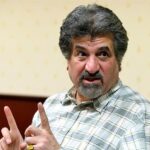 In an interview with the Etemad daily, Nasser Hadian weighs in on Obama’s eight years of presidency.

He believes Obama was popular with Europeans and despised by Middle Easterners.

Here are highlights of his remarks in the interview:

Obama hoped to settle all issues with Iran

In dealing with Iran, Obama put several options on the table simultaneously. Instead of taking military action, he used the credible threat of military action. At the same time, he imposed tough sanctions on Iran, placing the country in a dilemma.

Obama set the stage for exerting pressure on Iran, something that his predecessor George W. Bush failed to do. Obama managed to build a consensus against us thanks to his international credibility.

Obama told Iran and Saudi Arabia that the Shiite-Sunni row as well as the wars in Yemen and Syria was Tehran and Riyadh’s own business, urging them to resolve the issues themselves without dragging the US into them.

Bush and Obama both consider Saudi Arabia a friend and Iran a foe. In the minds of American decision-makers, Iran has always been an enemy and will remain so. They believe Iran is a regional heavyweight, so they seek to strike a balance by making Saudi Arabia more powerful.

The US had adopted a policy of “containment and selective engagement” towards Iran. It means when they needed Iran’s help on Afghanistan during a certain period of time, they came forward and settled the issue. They also needed our assistance on the issue of Iraq, so they came forward again. Washington solves its problems one by one with our help, but our own problems linger on.

One of Obama’s hopes was to resolve all issues the US had with Iran. That would have been an accomplishment for Obama in the foreign policy domain, one as significant as his achievement in national health programs.

Obama’s achievements will go down the drain

The new US President Donald Trump, with a high destruction capability, will wreck Obama’s achievements. Trump will follow Obama’s policy in Syria. The honeymoon between Trump and Obama will not last long.

I don’t consider Trump a rightist politician, but a populist. One can also find certain features of a leftist figure in him and similar individuals.

Democrats are highly likely to win the next congressional election, but the victory could be attributed to the weakness of their rivals (Republicans) rather than the Democrats’ strength.

Trump has adopted a much firmer position than Obama did, insisting that building democracies in other countries is none of Washington’s business.

Strategic importance of the Middle East is on the wane

One viewpoint is that the emergence of such terrorist groups as ISIS and al-Qaeda in the Middle East was due to the United States’ presence in the region and central governments’ losing power. If governments are strong enough, para-military currents will not come into existence.

In the US political arena, it is China that is considered a growing power. China can turn into a threat to the US in 25 years. Another threat is Russia, which has certain potentialities, and which should be contained by Washington. In this political structure, the next important entity is Europe.

The Middle East used to be significant because of its oil, but now its importance has diminished. The major problems gripping the Middle East are insecurity and undemocratic countries, problems which should be tackled by the United States.

Russia is using Syria as leverage

Obama capitalized on the crises in Syria and Iraq to tap into the region’s strategic potential.

Russia seeks to increase its soft power and considers Syria as a lever to use it as a bargaining chip and get Washington to lift its sanctions on the Kremlin.

Obama sought to keep a weakened Assad in power.

US allies in the region have outsourced maintenance of their security.

No one in the Middle East trusts Russia.

I have harsh criticism of Obama’s stance on Yemen. Obama could stop the Saudi aggression on Yemen.

The US considers NATO as a counterweight to Russia, and [Persian] Gulf Cooperation Council member states as a balancing power against Iran.

ISIS is a legacy of Bush.