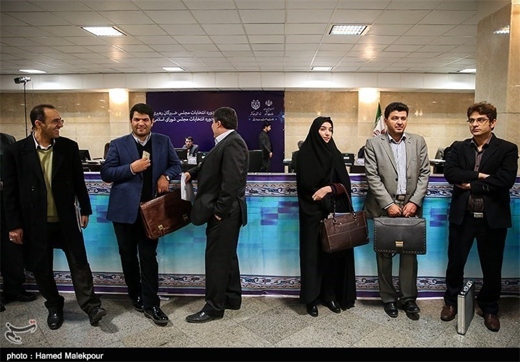 Interior Ministry has announced that the number of female applicants have risen by 3 percent compared to the previous term.

More than ten thousand Iranians have registered as of Friday noon to run for a seat in the parliament in elections slated for late February, an official announced.

Interior Ministry Spokesperson Hossein Ali Amiri said on Friday that 10,004 persons have registered to run in the parliamentary elections, 960 of whom are women.

Earlier in the day, Interior Minister Abdolreza Rahmani Fazli had announced that the number of female applicants have risen by 3 percent compared to the previous term.

According to the minister, 20 Iranians from the religious minorities have signed up for candidacy. 73 percent of the applicants are under the age of 50, he added.

Rahmani Fazli noted that the final list of the qualified candidates will be released on February 17.

There will be 290 seats in the Iranian parliament up for grabs.

As regards the Assembly of Experts elections, due to be held simultaneously with the parliamentary elections on February 26, the minister explained that 801 people have registered so far, showing a 62 percent rise in comparison with the previous term.

The 88-member Assembly of Experts is a high-ranking body that elects leader of the Islamic Revolution.