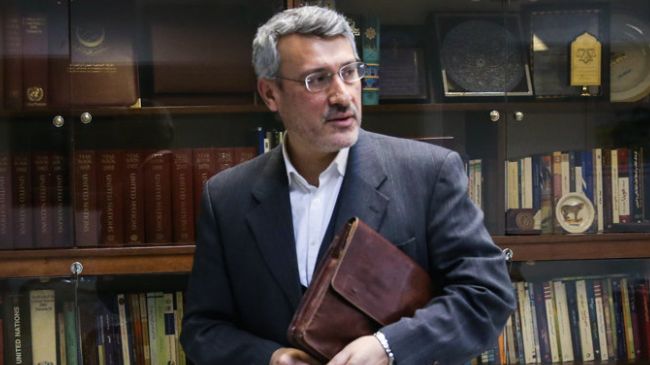 Hamid Baidinejad said some progress has been made in the talks, but there are still differences over sanctions and nuclear research and development.

A senior member of Iranian negotiating team said there has been some progress in the nuclear talks during the past three days, but there are still some differences on anti-Iran sanctions and nuclear research and development.

Foreign Ministry’s Director General for Political Affairs Hamid Baidinejad told reporters on Friday evening issues under discussion are complicated, but that all parties are trying hard to find solutions for the remaining problems.

He stressed that on-going talks known as Lausanne 2 have been a step forward compared to Lausanne 1 and that contending points have been reduced.

In response to a question about the presence of foreign ministers of Group 5+1 in Lausanne, Baidinejad said there are sensitive issues which are interrelated.

“Political decisions at high level are needed if we want to leave behind this stage and start compiling an agreement. It is possible to happen by Sunday if the other side shows more flexibility,” he said.

Iran and the six world powers have been in talks to resolve outstanding issues surrounding Tehran’s nuclear program to pave the way for striking an overarching deal on the country’s nuclear program as a July 1 deadline draws closer.