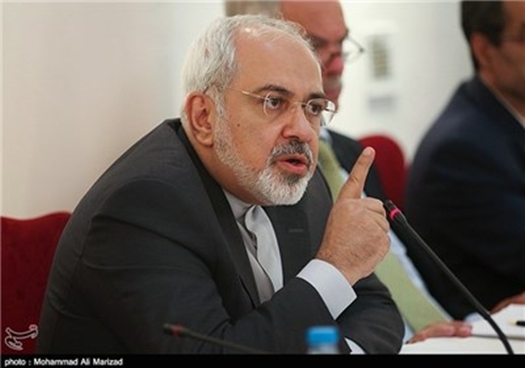 Iran’s foreign minister has said that Iran will not allow the Western sides to make excessive demands in the nuclear talks.

Iran’s foreign minister reaffirmed on Friday that the country’s negotiators firmly stick to the Islamic Republic’s red lines in nuclear talks with the world powers.

“Definitely, the negotiating team commits itself to safeguarding the Establishment’s red lines in all subjects of the nuclear negotiations, including Fordow (nuclear site),” Mohammad Javad Zarif, the country’s chief nuclear negotiator, said in an interview with ICANA on Friday.

Asked about the West’s call for inspection of Iran’s military sites, Zarif said, “I and members of the negotiating team have repeatedly emphasized that we will certainly not allow the Western sides to make excessive demands in the nuclear talks.”

His comments came after Supreme Leader of the Islamic Revolution Ayatollah Seyyed Ali Khamenei on Wednesday stressed that Iran will not allow the inspection of its military sites.

The Supreme Leader ruled out any request for interviews with Tehran’s nuclear scientists, and described it as an instance of “interrogation”.

“I would not let foreigners come (here) and talk to the Iranian nation’s dear scientists… who have expanded this wide knowledge to this stage,” Ayatollah Khamenei explained.

Iran and 5+1 (Russia, China, the US, Britain, France and Germany) on April 2 reached a framework agreement on Tehran’s civilian nuclear program in Lausanne, Switzerland, with both sides committed to pushing for a final, comprehensive accord until the end of June.

According to the Lausanne statement, “Fordow will be converted from an enrichment site into a nuclear, physics and technology center. International collaboration will be encouraged in agreed areas of research. There will not be any fissile material at Fordow.”