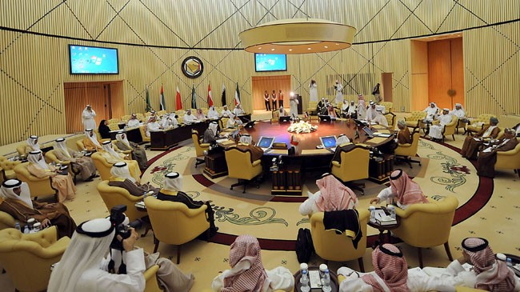 Some Arab nations in the region fear they could lose their regional edge if Washington inks a deal with Tehran.

Shahrvand, a daily affiliated with Iran’s Red Crescent Society, carried an analytical piece – on November 25 – on concerns among some Arab countries about a yet-to-be-signed nuclear deal between Iran and P5+1. The following is a partial translation of the piece by Matin Moslem, an international relations expert:

That the Arab image of the Middle East and the Persian Gulf region will definitely undergo change – what kind of change remains to be seen – in the aftermath of a nuclear deal with world powers has turned into a paramount, worrisome question which weighs heavily on the minds of the Arab countries.

In an interview with Bret Baier of Fox News, UAE Foreign Minister Shaikh Abdullah bin Zayed Al Nahyan on Sunday said, “We wake up on Tuesday morning and everyone, and I mean most of us, will ask the question, ‘what is Iran going to get out of it, not on the nuclear front but on the regional front?’”

Saudi Foreign Minister Saud al-Faisal has also made similar remarks of late, saying that the matter concerning Iran does not only concern America, rather it is more of a regional question which concerns Iran’s neighbors, and Washington should not bow to a deal that disregards Arab concerns.

Such stance might not reflect the viewpoint shared by all Arab regional nations, particularly the Arab states on the southern edge of the Persian Gulf. However, undoubtedly, it reveals the attitude of the most important of these countries, especially members of the Persian Gulf Cooperation Council.

Whether true or false, US allies in the region are under the impression that any agreement over quality, and not even quantity, between Iran and Washington either on a small or large scale will by itself deal a blow to their regional edge, especially in terms of their ties with America. Whether it’s true or not does not make much difference. They have their own interpretation of the developments and do not mull over whether such interpretations are true or not.

A Persian Gulf Arab diplomat living in Beirut whose government has very close and friendly relations with Tehran has stressed, “[…] We have told our fellow brothers in Riyadh and Sharjah that perhaps what is going on is not to our liking, but what could we possibly do? Are we going to bring about insecurity to the region simply because America has decided to shift only its policies, and not necessarily its strategy, toward Iran and the region? Such moves will bring forward our concerns faster than we expect and prompt America to change its strategy.”

November 24, regardless of the outcome of nuclear talks and their continuation in the future which is now definite [the talks have been extended for another 7 months], could be of great significance as far as Iran’s regional relations in the future are concerned.

As Emil Khoury, a political analyst of Beirut’s influential An-Nahar [an Arabic-language daily], pointed out, Iranian officials will deal with their neighbors from a more powerful position.