Nuclear agreement not equal to shared regional policies with US: Speaker 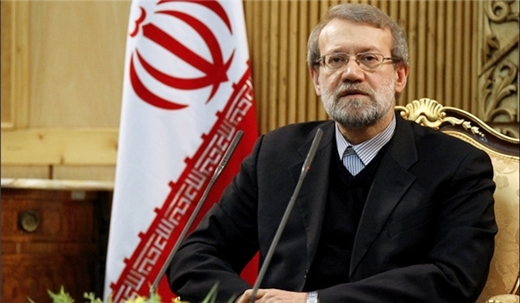 That the West has recognized Iran's right to enrichment showed that European countries and the US have come to terms with Iran's progress in different fields, said Larijani.

Iranian Parliament Speaker Ali Larijani recalled Washington’s hostile policies against Tehran, and underlined that the nuclear agreement signed between Iran and world powers in Vienna in mid-July would not mean that the Islamic Republic and the US have the same regional policies.

“The question is whether the recent developments and (Vienna) negotiations mean that Iran and Western countries are moving in the same direction; the response is surely negative because Iran has always followed its own path and it is them (Western countries) who need us,” Larijani said, addressing a ceremony in the city of Mashhad, northeastern Iran, on Monday.

The Iranian parliament speaker reiterated that Western countries have realized that their problems in the region will not be resolved without Iran playing a role.

“Recognition of Iran’s right to enrichment by the West showed that European countries and the US have come to terms with Iran’s progress in different fields; Iran’s resistance and endurance helped the country achieve its goals and foiled Western efforts to prevent Iran from continuing its peaceful nuclear program,” Larijani said.