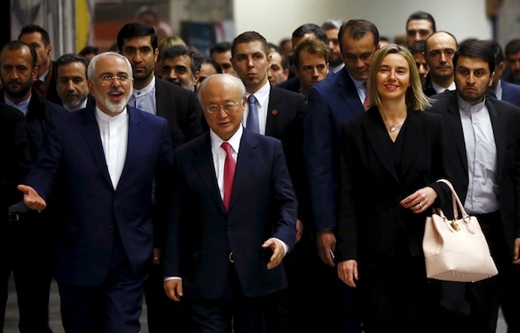 In fact Iran had started implementation of Joint Comprehensive Plan of Action (JCPOA) several months ago therefore, if “Implementation Day” is a new concept, then it is for the western party and not for Iran.

However, the analyst of Fars New Agency believes that from now on when it comes to fulfillment of commitments by the other party, we should be really concerned.

Fars News Agency in an analytical commentary on the following day of what is known as “Implementation Day” of JCPOA has referred to numerous anxiety that might emerge about faithful implementation of nuclear agreement concluded between Iran and 5+1 world powers, undermining the agreement and create challenges.

The news agency, by reviewing the joint statement read by Federick Mogerini heralding removal of sanctions by European Union has said Iranian President Hassan Rouhani also called the implementation Day of JCPOA as a day of victory for Iranian nation. Such comments are made at a time when the nuclear agreement has been subject to numerous criticism right from the beginning.

However, JCPOA in all its strong and weak points has been implemented and what is important now is to look at future without forgetting the past.

Writer of the article has singled out several reasons for a kind of continued distrust on world powers and has put up a warning sign on the path of nuclear agreement and has advised Iranian officials to remember the deep rooted conflict between Iran and the United State and take the resistance economy seriously and never forget that US could not be trusted.

The article dispatched by Fars News Agency, by having clearly a pessimistic outlook towards the nuclear agreement from the beginning to the implementation day and finally 8 or 10 years later or the so called “sun set” day, has stressed that US and its regional allies will create lots of hurdles and ambushes on the path of this rather long way.

Writer then has addressed Mr. Rouhani and has said: we hope that by improvement of country’s economy after removal of the sanctions (off course if such thing happens) the resistance economy suggested by the Supreme Leader is not disregarded. The best option for Iranian economy is self reliance, whether under sanctions or not.  Writer believes that by relying on domestic potentials, the enemies will have no incentive to resort to new sanctions and when the foundation of country’s economy becomes solid by turning the country’s economy to manufacturing instead of selling row materials then no one will contemplate to impose sanctions against us.

President Hassan Rouhani on his news conference on Sunday said JCPOA will not lead to trust on Americans. If it is so, then the writer argues, this distrust should be present at the various stages of implementation process.

The reasons behind the pessimistic view outlined by the analyst about faithful implementation of the agreement by the western powers (American in Particular) are summarized by IFP as follows:

1- In US, JCPOA is a document seriously opposed by Republicans and only supported lukewarmly by Democrats.  Although it does not seems that after Obama leaves the office, the nuclear agreement to face serious challenge in Washington but in long term such possibility could not ruled out.

2- Even during Obama Administration in office, some meddling have taken  place in Capitol Hill, one of them cancelling visa wavering arrangements for those who have visited Iran and 3 other countries as well as sanctions imposed in reaction to missile tests.

3- According to Foad Ezadi, an expert on US affairs, after signing of JCPOA, more 30 anti-Iranian initiatives have been contemplated in US and the Congress is on the verge of making new obstacle for removal of sanctions against Iranian financial institutions.

4- If the upcoming administration in US is Republican, certainly the nuclear agreement will face some problems. Although JCPOA has 5 more other signatories, it should be remembered that most of the anti Iranian sanctions are imposed by US government and most part of the negotiations was held between Iran and the United States. Among Republican Presidential candidate there is no single Politian who has not made clear his opposition to the nuclear deal.

5- While nuclear tension between Tehran and Washington has been subsided somehow because of dismantling of major segment of Iranian nuclear infrastructure, but it should not be forgotten that two countries still have lots of disputes over regional issues, human rights, what is called by Washington as Iran’s support for terrorism and US administration by resorting to these pretexts can impose new sanctions against Iran any time it whishes so. It also should be noticed that US has some regional allies in the Middle East that relentlessly pursue the path of pressure against Iran and its friends. US government has remained unequivocally alongside its allies in the region and few days ago US Secretary of State John Kerry in meeting his Saudi counterpart said that Washington will remain alongside Saudi Arabia in its conflict with Iran. Definitely, US have always backed Israel and will continue to do so in the future.

1-the above text is summarized by IFP by remaining loyal to its content and the article has different titled than the Farsi version.

The original is titled: Implementation Day of JCPOA and 7 points which should not be forgotten. 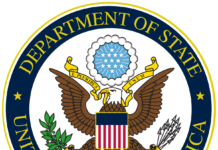