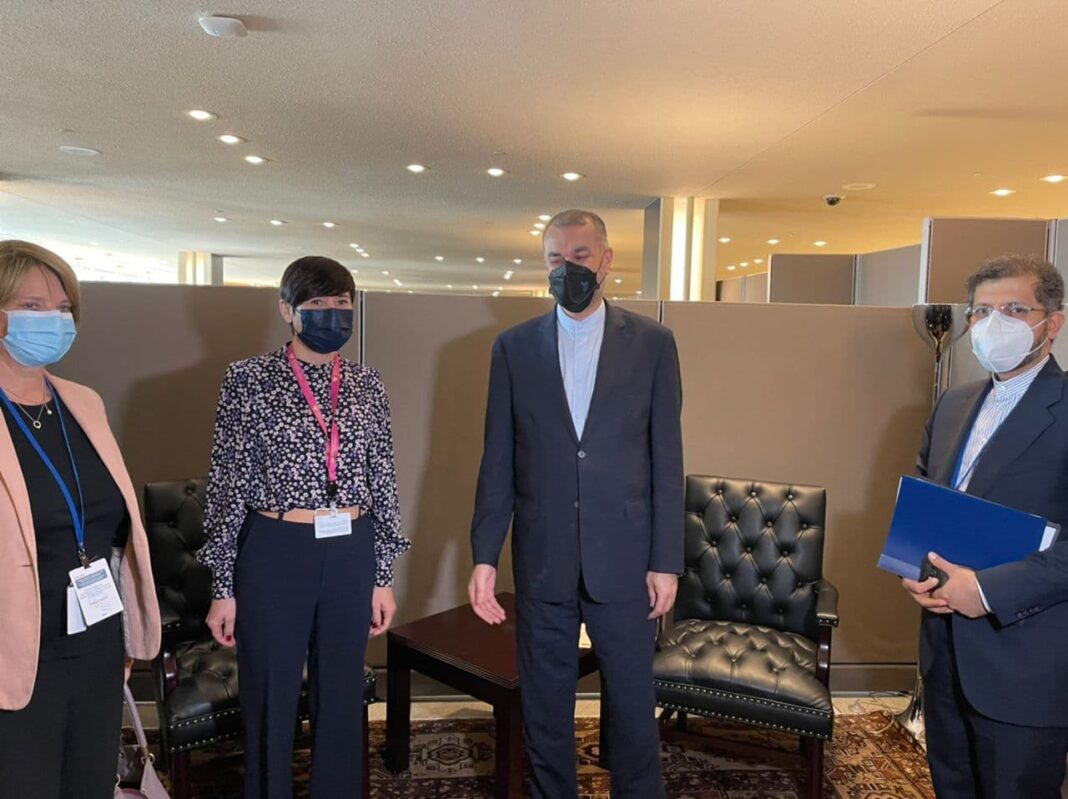 Iran’s Foreign Minister Hossein Amirabdollahian and his Norwegian counterpart Ine Eriksen Søreide have held talks over bilateral ties and the situation in Afghanistan. The negotiations happened on the sidelines of the UN General Assembly in New York.

The Norwegian foreign minister reiterated that Iran will maintain its special place in her country’s foreign policy despite the changes that are going to happen in Norway’s government in a few weeks.

Eriksen Søreide referred to the situation in Afghanistan and called for more disciplined talks on the issue. She said the developments in Afghanistan have far-reaching implications for the region and the world.

The Norwegian foreign minister also spoke of the Iran nuclear deal and said that the agreement is highly important in international politics. She also expressed hope the nuclear deal will be revived.

Amirabdollahian also said Iran is interested in holding a joint political commission with Norway at the level of deputy foreign ministers for political affairs. He also invited the Norwegian foreign minister to visit Iran.

The Iranian foreign minister said there is much room for serious cooperation between Iran and Norway. He stressed that the situation in Afghanistan can only be resolved through genuine dialog among Afghan factions and through the formation of an inclusive government. Amirabdollahian warned that if all groups do not help with the process, serious challenges could arise in future. The Iranian foreign minister said the Islamic Republic of Iran has done its utmost to give assistance to the Afghans. He said Iran is ready for cooperation with Norway for the purpose.