No Revision in Iran’s Stance on Caspian Sea Demarcation: Qassemi 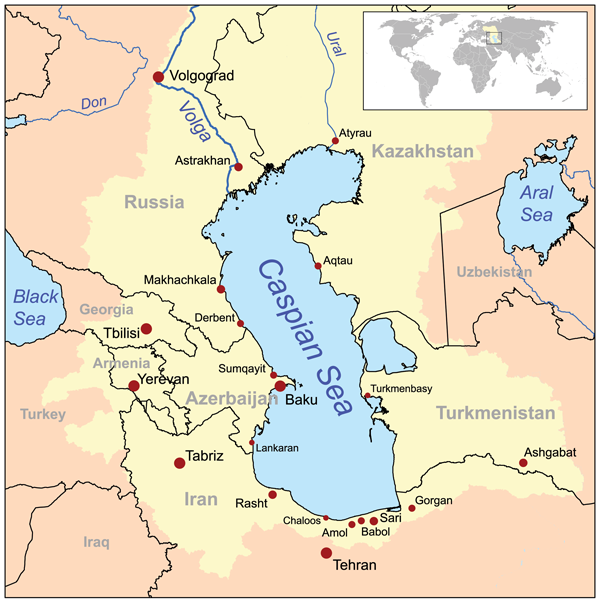 Iranian Foreign Ministry Spokesman Bahram Qassemi says Iran has not changed its stance towards the demarcation of the Caspian Sea.

The spokesman said the issues still remain unresolved and added negotiations over the Caspian Sea demarcation are not set to be held within the convention talks.

“Given the deep disagreements between the member states over the demarcation issue, it seems there will be no deal in the near future. Meanwhile, discussing all the details during the convention talks is not possible at all,” he added.

Qassemi said issues related to the Caspian Sea’s demarcation will be addressed and finalized in separate accord and protocols.

“The convention on the legal status of the Caspian Sea is a structural convention which (like other similar conventions) includes only main principles, outlines of each country’s basic rights and duties in various fields because it is not possible at all to include all the details in such conventions.”

He went on to say the convention on the legal status of the Caspian Sea includes some general principles like goals, definitions, grounds of cooperation, ways to establish sovereignty, sovereign rights and qualifications, environmental protection, maritime monopoly under flag of convenience of the littoral states, bans on the military presence of non-littoral states, sailing regulations, transportation, access to/from free waters, transit, equal treatment of and prevention from discrimination against registered ships, protection and optimal use of living resources of the sea, security and energy measures, sea research, cooperation mechanisms and so on.

Qassemi stressed that during th Moscow meeting no document was signed or endorsed but the participants agreed to adopt some legal measures following internal coordination and expert-level meetings between the five member states.

“They will finally try to finalize the convention on the legal status of the Caspian Sea to be signed in the next leaders’ summit, the date of which will be announced later,” he concluded.

During the meeting, the participants discussed the draft convention on the legal status of the Caspian Sea, and ways to finalize the convention.

They also prepared the agenda, and assessed the documents to be signed at the Leaders’ Summit.

During the previous ministerial meeting held in the Kazakh capital of Astana in 2016, Iran stressed that the legal regime of Caspian Sea should be developed in a way that the interests of all littoral states are met.