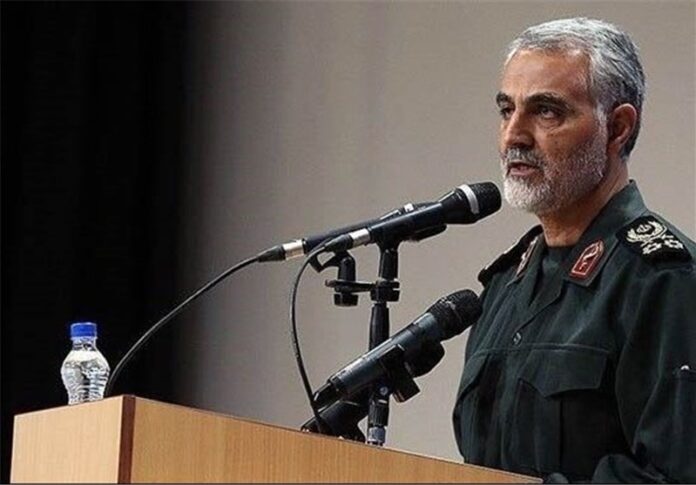 The commander of the Islamic Revolution Guards Corps (IRGC) Quds Force said that Iran will take action against terrorist groups in Iraq only if the country’s Marja (religious leadership) deems it necessary.

“We will act [against the terrorists in Iraq] when Iraq’s ruling Marja [says there is] a political and international need,” Major General Soleimani said at a meeting in Tehran on Saturday May 28.

He added that the Islamic Republic does not need to intervene in Iraq, as long as top Shiite cleric Grand Ayatollah Seyyed Ali al-Sistani is present in the Arab country.

The remarks by the Iranian general came after Saudi Foreign Minister Adel al-Jubeir claimed in a recent interview that Iran is interfering in the internal affairs of some regional countries, including Iraq.

Later, Iranian Foreign Ministry Spokesman Hossein Jaberi Ansari rejected Jubeir’s assertion, saying that the Islamic Republic has an advisory presence in Iraq at the request of the Baghdad government.