No Iranian pilgrims injured in Thursday night explosions in Karbala 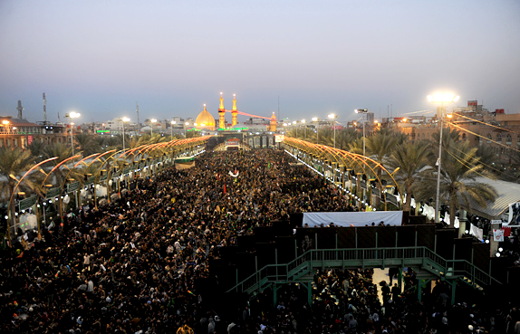 Six explosions hit the suburbs of the Iraqi holy city of Karbala as it prepares to host the largest congregation of Shiite Muslims on December 13.

No Iranian was among the victims of multiple explosions Thursday night in the Karbala suburbs, the cause of which is said to be mortar or mini Katyusha shelling.

The director of Iran Hajj and Pilgrimage Organization’s office in Iraq Mostafa Qasemi told IRNA that a few people have been reported injured, but noted that none of them were Iranian.

He said that Iranian pilgrims could not have been injured in the attacks because they were not based in the suburbs of Karbala.

Last night at least six heavy explosions were heard in Karbala and nearby areas.

The attacks on the largest peaceful gathering of Shiite Muslims occurred at a time that according to Iraqi sources millions of pilgrims had arrived in Karbala as of Thursday to participate in Arba’een rituals – to be held on Saturday — and the number is still increasing.

Arba’een is a Shiite religious observance that occurs 40 days after Ashura, the day of martyrdom anniversary of Imam Hussein (AS), the third Shiite Imam and the grandson of Prophet Muhammad (Peace Be upon Him).