New observatory aims to put Iranian astronomy on the map 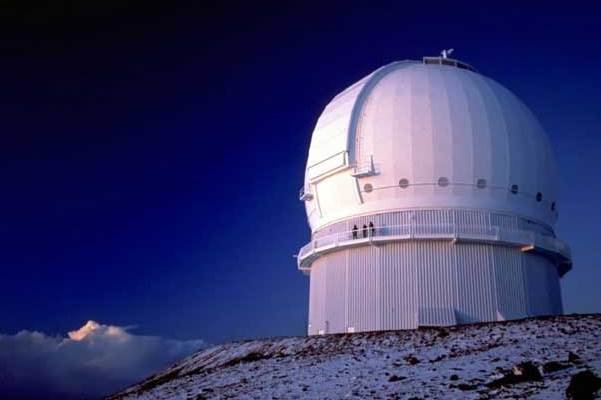 When completed in four or five years, INO could be the best general-purpose telescope for thousands of kilometers, says an international scientist.

As the sun sets on an early August evening at this 3600-meter peak in central Iran, village lights shimmer in the distance and the temperature plummets. Alireza Behnam, a physicist, ducks into a cozy trailer parked at the site and heats water for tea. His immediate task on the mountain is to study the weather. His larger goal: help his country recapture some of its past astronomical glory.

A millennium ago, when Europe was in its Dark Ages, Persia and the rest of the Muslim world were dotted with observatories. Copernicus even drew on the meticulous records of planetary motion from the observatory at Maragheh in northwestern Iran for his proposal that Earth revolves around the sun. That astronomical tradition is due to resume next spring, not far from Behnam’s trailer, as construction begins on the $30 million Iranian National Observatory (INO), a 3.4-meter optical telescope.

When completed in 4 or 5 years, it could be the best general-purpose telescope for thousands of kilometers, says Piero Salinari of the Arcetri Astrophysical Observatory in Florence, Italy. “INO has very good potential for becoming an important facility for astronomy in the world, not only in Iran,” he adds. The telescope will study exoplanets and gamma ray bursts, hunt for dark matter, and probe galaxy formation. Although it is dwarfed by the largest instruments elsewhere, “an awful lot of state-of-the-art science is still being carried out with 2- to 4-meter telescopes,” says Hendrik Hildebrandt, an astronomer at the Argelander Institute for Astronomy in Bonn, Germany.

The INO testifies to the persistence of Iran’s tiny astronomy community in the face of shifting political winds. The push for an observatory began in the 1980s, when an Iranian-born philanthropist in Spain, inspired by the Isaac Newton Telescope at La Palma in the Canary Islands, offered to bankroll a similar facility in his homeland. The philanthropist “offered to bequeath his entire fortune to the University of Kerman, so long as it built an observatory,” says INO Director Reza Mansouri, an astrophysicist at the Institute for Research in Fundamental Sciences (IPM) in Tehran. But Iran was at the tail end of a long, draining war with Iraq and did not grasp the opportunity.

A decade later, the National Research Council of Iran endorsed two big science projects: the observatory and a high-energy particle accelerator. But the INO soon went off the rails. Mahmoud Ahmadinejad, a religious hard-liner, was elected president in 2005, and his science minister took a dim view of the telescope project, Mansouri says.

Counting on a change of heart—or a change of minister—astronomers continued to lay the groundwork. Mountaintop instruments showed that the steadiness of the air above Mount Gargash—its “seeing”—is outstanding. According to the percentage of “super-seeing nights,” says Arne Ardeberg, an astronomer at Lund University in Sweden, “it beats Mauna Kea,” the peak in Hawaii that’s home to some of the world’s largest and best optical telescopes. In 2009, IPM Director Mohammad-Javad Larijani, whose family wields tremendous clout in Iran, wrote to the supreme leader, Seyyed Ali Khamenei, about the observatory’s plight.

Ten days later, the government authorized 70 billion rials (about $4 million at the time) for the INO—enough to order a primary mirror from Germany and have it polished in Finland. Engineers quickly began devising solutions to the challenges of the site: large temperature swings in the dry desert air, brutal winter conditions, and earthquakes. Because Iran is one big seismic zone, the INO’s design team came up with platform supports that will be decoupled from the rock to minimize vibrations, Mansouri says. “That part of the construction is very delicate,” he says.

When reformist President Hassan Rouhani took power in August 2013, the stars at last seemed to be aligned for the INO. But last summer, as design work was wrapping up and the primary mirror was being readied for its long journey by ship and truck to Iran, the INO got some dispiriting news. Even though Iran’s parliament had approved another $1 million for the project, sanctions over Iran’s nuclear program were biting, and the government’s planning department refused to allocate the money. “It was such a discouraging moment. Our lowest point,” Mansouri says.

This year saw two “absolutely critical” developments, he says. The first was a visit to Gargash by Iran’s vice president for science and technology, Sorena Sattari. After returning to Tehran, Mansouri says, the vice president, a mechanical engineer by training, wrote an enthusiastic note to Rouhani, who then instructed the planning department to help the INO.

The second boost is from an improbable source: the United States. Last September, Alireza Shabani, an Iranian-American who is helping build a quantum computer at Google’s Quantum Artificial Intelligence Lab in Mountain View, California, read a news report about the INO’s dire straits. “I was very sad. I really wanted to find a way to make this project survive,” Shabani says. After contacting Mansouri, he pledged to enlist the Iranian-American diaspora to the cause. In July, Shabani and two colleagues launched Biruni Inc., a foundation named after an ancient Persian scholar, to raise money for the observatory.

Transferring the money won’t be easy, given U.S. sanctions. This month, Shabani says, he and a lawyer will make their case for an exemption to the Treasury Department rules. The nuclear detente with Iran should strengthen their case.

Mansouri hopes the INO will lead to other new relationships. Iran has perhaps 10 observational astronomers, he says; another 100 of Iranian origin work in the United States, and 50 or so in Europe. “If even 10% of them come back to work in Iran,” Mansouri says, “it would make a big difference.” But the view from Gargash won’t be limited to Iranians. “This is a project that all astronomers can use.”