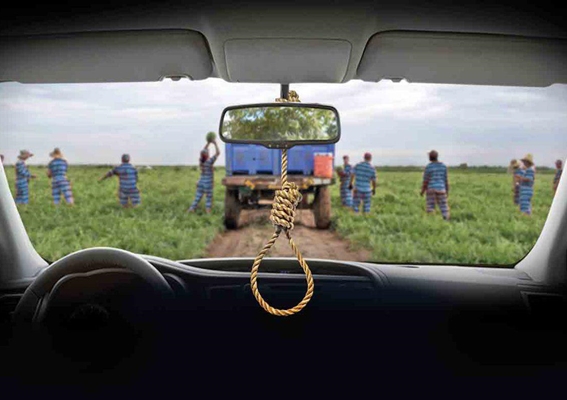 Criminals once on death row are now able to work during the day and sleep in prison at night after serving time for years and the adoption of a new law.

A law is being enforced in Iran based on which inmates can enjoy conditional and temporary freedom. Under the legislation, prisoners can work freely outside the jail during the day under the surveillance of the Prisons Organization, and have to return to prison at certain nights.

In fact, the new law is a privilege offered to inmates in accordance with the Executive Bylaw of the Prisons Organization to enable them to have a job and earn a living and, and serve time outside the physical environment of prisons. Inmates who would like to enjoy the freedom stipulated in this law have to meet certain conditions. They must not have any imprisonment record, need to have served at least half of their jail term, shown good behaviour in prison, and compensated for the harm and damage inflicted as a result of the crime.

Although inmates enjoying the privilege of conditional freedom have a hard life, they are so grateful because they are not in prison cells and they can spend some nights with their families.

Ahmad is one of these prisoners. He is in jail from morning until noon, and works as a construction worker in the afternoons. He has two little children. After spending 11 years behind bars, now it has been three months that he can see his family.

“When I get home, most of them are often sleeping. I work until late at night. Since I have been given conditional freedom, many of my problems in life have been settled. Swear to God, my life would have collapsed by now if I were still behind bars,” he says.

Near the Qezel-Hessar Penitentiary, there is a farm which inmates have cultivated. The crops grown there mostly include summer vegetables, roses and jasmine. Most inmates who have been offered conditional freedom are interested in working in greenhouses. They prefer to grow flowers rather than vegetables. The point is, the pleasant atmosphere in greenhouses would rejuvenate everyone.

Mohammad-Ali is another prisoner enjoying conditional freedom. He will be released next week after 22 years behind bars. However, there is no one waiting for him at home. He parents have passed away and his family see him as an offender. Mohammad-Ali has rented a house near the Qezel-Hessar Penitentiary and intends to stay in the locality of the prison forever and not to return to his homeland.

Under Article 8 of the Law on Fighting Narcotics, distributors, exporters and sellers of heroin, cocaine, and different types of psychedelic drugs such as crystal and LSD were sentenced to death if they carried more than 30 grammes of the drugs. However, the law was amended last year and the 30-gramme limit was increased to 3 kilogrammes. Moreover, those carrying 5 kilogrammes of opium would be sent to the gallows previously. Under the new law, however, those carrying 50 kg of opium would be sentenced to death. In accordance with the new law, more than 4,000 inmates on death row will no longer be executed.