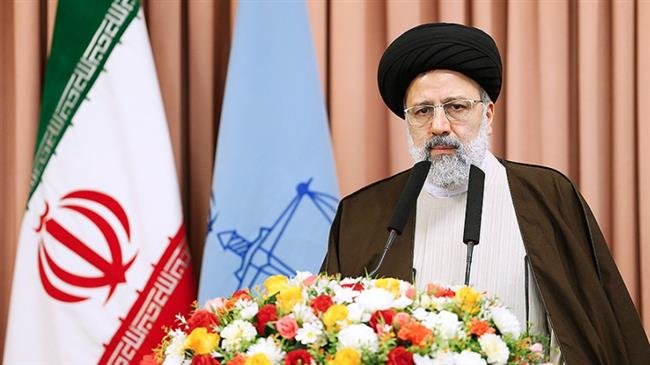 Iran’s new chief justice, Hojjatoleslam Ebrahim Raeisi, has pledged a legal transformation to address the country’s changing priorities in the "second phase" of the Islamic Revolution.

Raeisi, who replaced Ayatollah Sadeq Amoli Larijani, said Monday the transformation is based on the roadmap that Leader of the Islamic Revolution Ayatollah Seyyed Ali Khamenei presented last month, as the nation celebrated the 40th anniversary of the 1979 Revolution.

“Based on surveys, people still have concerns about justice,” Raeisi said during his inauguration in Tehran. “Their key demand is to see justice more than ever before. Therefore, the legal transformation needs to be based on the second phase.”

To achieve that objective, he said, all three branches of power, including the executive, the legislative and the judiciary, need to work together.

“I’m not saying justice is the same as enforcing the law, but for now, if there is one thing we can agree on that is the closest in meaning to justice, it is the enforcement of law,” he said.

“Everybody needs to uphold the law and nobody under any condition and position is allowed to bypass the law and breach it,” Raeisi added.

Ayatollah Khamenei appointed Raeisi to the post through an official decree on Thursday, naming him as the successor to Ayatollah Larijani, who served in the position for more than nine years.

In his decree, the Leader cited the knowledge, experience, and efficiency displayed by Raeisi at various junctures and his long-term service in the Judiciary as the basis of his decision.

Raeisi was Iran’s former attorney general and chief custodian of Astan Quds Razavi, the organization managing the affairs of the holy shrine of Imam Reza (PBUH), the eighth Shia Imam.

The new chief justice has already put forward a Judicial Development Document that offers a look into his ideal judiciary system.

In his decree, the Leader called the document “beneficial and efficacious,” but advised that first and foremost, the new Judiciary chief should work out a timeline for the implementation of its entire content and commit both himself and his colleagues to its comprehensive fulfillment.

Secondly, Ayatollah Khamenei recommended that the new judicial document must pay due attention to people while being of a revolutionary nature and dedicated to fighting corruption.

Raeisi’s inauguration comes as the Judiciary begins investigations into an alleged corruption case in the country’s petrochemical industry, where a number of suspects are accused of stealing millions of dollars.

Last year, Ayatollah Khamenei agreed to a request by the former Judiciary chief to set up special courts to swiftly deal with financial crimes.

“The purpose [of the courts] should be to punish financial criminals swiftly and fairly,” the Leader said back then.