Qatar has announced the arrival of a new group of Turkish armed forces to the military base in southwest of Doha to join the Turkish troops already deployed there.

Qatar’s Defence Ministry has said a new batch of armed forces from Turkey have been transferred to Al-Udeid air base, southwest of Doha, to join the Turkish troops already deployed in the base.

It added the Turkish forces began their military training exercises in the base last week.

The troops are set to take part in joint exercises within the framework of a defence agreement signed between Doha and Ankara aimed at raising Qatar’s defence capabilities, supporting “counter-terror” efforts, and maintaining security and stability in the region.

The deployment came as Qatar’s Minister of State for Defence Khalid bin Mohammed al-Attiyah arrived on Thursday (June 29) in Ankara to meet with his Turkish counterpart Fikri Işık as well as Turkish President Recep Tayyip Erdogan.

Turkey’s parliament on June 8 approved a 2015 deal with Qatar aimed at strengthening military cooperation between the two states, which gave Ankara the right to establish military bases in Doha and deploy forces in them.

The closure of the Turkish military base in Doha is among the 13 demands made by Saudi Arabia, the UAE, Bahrain and Egypt from Qatar as preconditions for normalising ties with the Arab state and lifting the sanctions they imposed on Doha for its alleged support for terrorism. 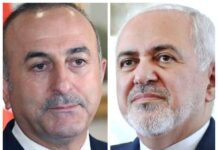 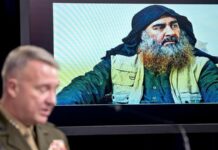 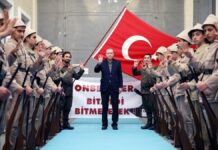 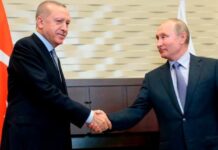