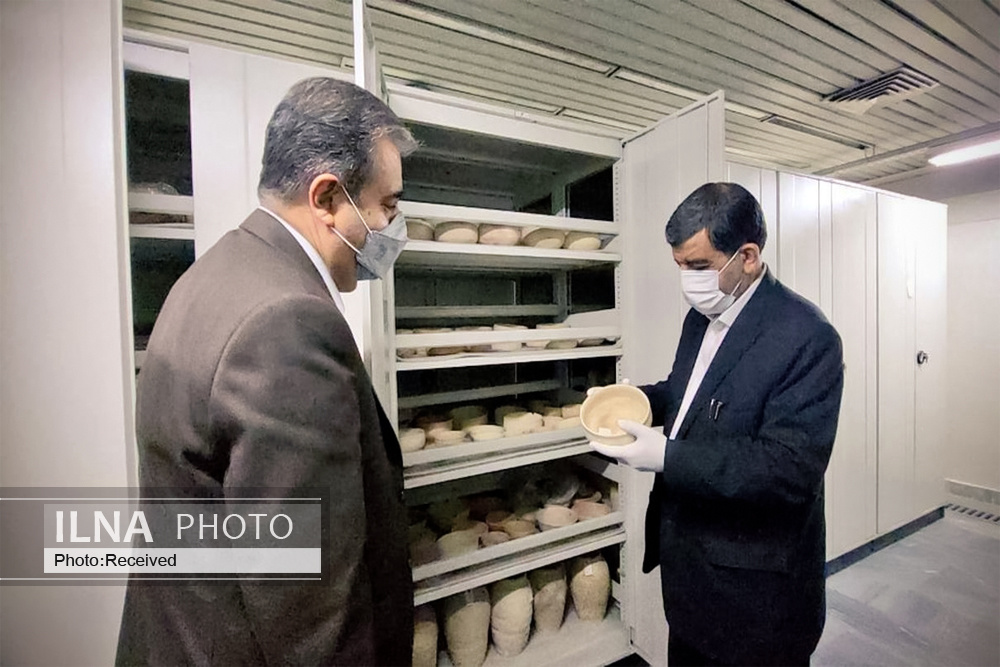 The National Museum of Iran (NMI) says the country’s Minister of Cultural Heritage, Tourism and Handicrafts Ezzatollah Zarghami asked about object handling protocols before he touched a 4,500-year-old artifact, an episode that has drawn backlash.

Jebre’eel Nokandeh, the director of the NMI, told IRNA on Wednesday that Zarghami asked about relevant protocols before he picked up the ancient artifact, which was discovered during excavation in Shahr-e Sukhteh (The Burnt City), a city dating back to 3200-2350 BCE and located in Iran’s southeast.

Video of Zarghami’s handling of the artifact has drawn criticism by experts and laymen alike, who say the minister was at some point holding the invaluable object with one hand and not with due care.

“When the minister entered the repository,” Nokandeh explained, “and saw the shelving and the quantity of the objects, he expressed astonishment and joy at their sheer number.”

“He would ask what objects he could touch and how. We explained the different protocols, gave him a pair of gloves, and told him which ones he could touch. He wore the gloves, and then would point to each object and very clearly and specifically ask if he could pick them up,” the museum official said, adding that the objects that the minister handled were ones that had come out of excavation fully intact.

Nokandeh said the minister of cultural heritage was entitled to see for himself what historical objects are being stored and where and how they are being held.