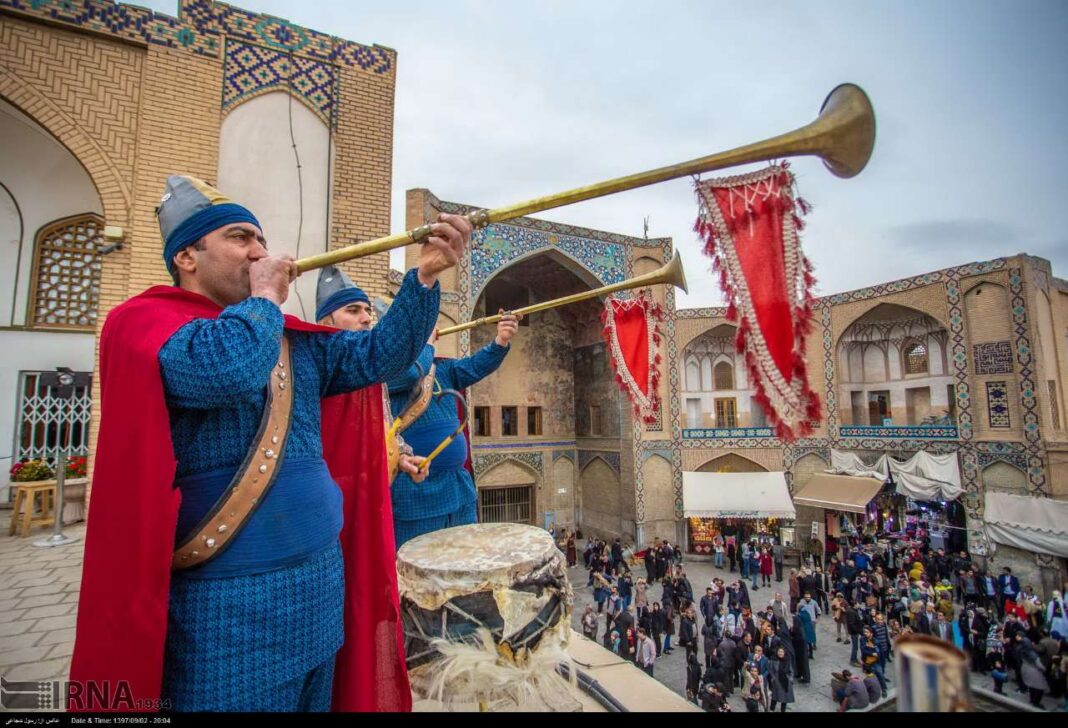 The city of Isfahan in central Iran is hosting dozens of cultural events this weekend which mark a national day in the Persian calendar dedicated to the popular tourist destination.

Over the weekend, more than 600 artists from Isfahan province have been performing at least 100 cultural events – including plays, passion plays (Tazieh), and Naqqali (a form of Persian theatre where stories from Shahnameh are recited).

The three-day events, which started on Thursday, are being held along the streets connecting Imam Ali Square to Naqsh-e Jahan Square with the aim of promoting the culture, art and economy of Isfahan from Seljuk era to Safavid dynasty.

“Millions of dollars have been allocated to the events held in Isfahan to mark the national day,” said Mohammad Eidi, the Head of Cultural, Social, and Sport Organization of Isfahan Municipality.

Mehdi Ahmadifar, a cultural official at Isfahan province, said a miniature biennial and concerts are among other events held on this occasion.

On the other side, Alireza Salarian the representative of Iranian Foreign Ministry in Isfahan province said the ambassadors and mayors of 11 countries and cities pay visits to Isfahan as part of events to mark the occasion.

Back in 2005, a group of experts and representatives of governmental organizations in Isfahan decided to mark November 22 as National Isfahan Day. They chose the day based on historical documents showing that Isfahan was established during this month hundreds of years ago.

In a statement, the group said the day has been chosen based on the fact that Isfahan’s Great Wall was built in November 930s CE by the Daylamites with the aim of protecting the historical city against foreign invasions.