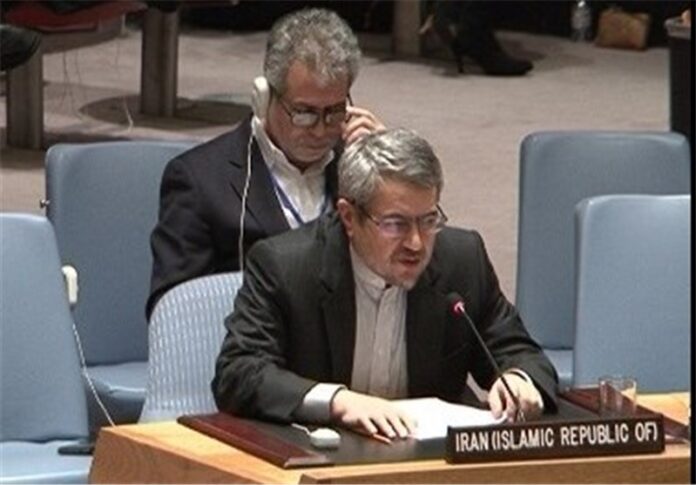 The Non-Aligned Movement (NAM) sent a letter to the UN chief to condemn the violation of principles of sovereign immunity of states by the US, saying the rulings issued by US courts against other countries, like Iran, run counter to the fundamental principles of international law.

On behalf of the NAM, Iran’s UN Ambassador Gholam Ali Khoshroo sent a letter to the United Nations Secretary-General Ban Ki-moon on Thursday, submitting the Communiqué of the Coordinating Bureau of the Non-Aligned Movement on the violation of the principle of sovereign immunity of States by the US.

He also asked the UN chief to circulate the letter and its enclosure as a document of the General Assembly under agenda item entitled “Rule of law at the national and international levels” and of the Security Council.

The following is the text of the communiqué:

Communiqué by the Coordinating Bureau of the Non-Aligned Movement in Rejection of Unilateral Actions by the United States in Contravention of International Law, in Particular the Principle of State Immunity

The Coordinating Bureau of the Non-Aligned Movement rejects the illegal practice of the United States in defying international law by allowing and facilitating private plaintiffs to bring civil action before US courts against sovereign States, including the Islamic Republic of Iran, leading to the awards of default judgments against them and their national institutions. Legislation by US Congress to pave the way for illegally confiscating foreign assets in the US and the actions by the US government to unlawfully hold them enable US courts to issue groundless rulings.

The CoB calls upon the  United States of America to respect the principle of State immunity, and reiterates that failing to do so would have adverse implications, including uncertainty and chaos in international relations and the undermining of the rule of law at the international level, and would constitute an international wrongful act, which entails international responsibility.

The CoB seizes this opportunity to reiterate the NAM’s call to uphold dialogue and accommodation over coercion and confrontation as well as to promote peaceful settlement of disputes.