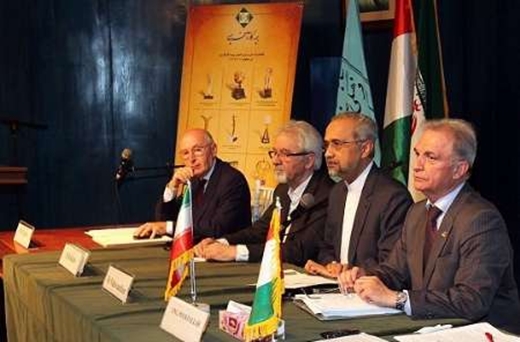 “We should be optimistic about the future of nuclear talks because the negotiating sides have resorted to logic and joint objectives instead of imposing their one-sided stances,” said Mohammad Nahavandian.

President’s Chief of Staff Mohammad Nahavandian voiced optimism about the ongoing nuclear negotiations between Iran and P5+1 (the US, China, Russia, France and Britain plus Germany).

Nahavandian made the remarks in a meeting of Iran-Italy joint chamber of commerce in Tehran on Tuesday night.

“Although the nuclear negotiations have not ended, it is sufficient reason that we should be optimistic about the future of talks because the negotiating sides have resorted to logic and joint objectives instead of imposing their one-sided stances,” the president’s chief of staff said.

He called on the other side of negotiations to limit its efforts to make sure Iran’s nuclear program is not to seek weaponry objectives instead of using the nuclear issue as a pretext to confront Iran.

Iran has announced many times before that it had not sought military objectives in its nuclear program and it will not do so, he said, adding the other side’s confirmation that Iran has the right to advance its nuclear plan like other fields will pave the way for striking an agreement in a serious manner.