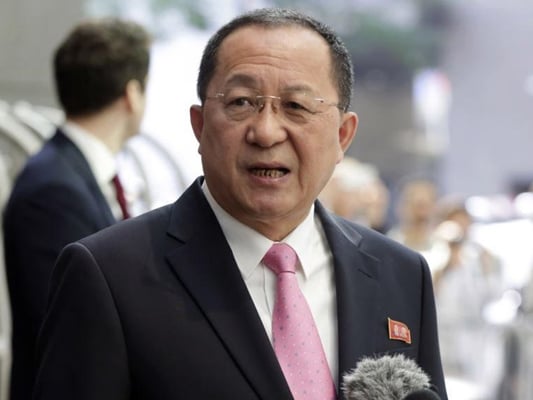 Discussions between North Korean Foreign Minister Ri Yong-ho and Iranian officials during the former’s upcoming visit to Tehran will be limited to bilateral relations, an informed source said.

The North Korean foreign minister will visit Tehran following his participation in the 51st ministerial meeting of the ASEAN in Singapore.

The informed source, who did not want to be named, told Fars News Agency the top North Korean diplomat on Tuesday will hold talks with his Iranian counterpart Mohammad Javad Zarif “only on bilateral relations”.

The visit comes following a landmark June meeting between North Korean Leader Kim Jong-un and his arch foe US President Donald Trump, during which the two sides committed to work towards a full denuclearization of the Korean Peninsula.

Weeks after the agreement, US officials are accusing the North Korean government of refusing to respect a promise to Trump to slow Pyongyang’s nuclear weapons program.

North Korean officials, in return, accuse the US government of failing to take enough steps to lift broad economic sanctions on North Korea.

The last visit to Iran by high-ranking North Korean officials came in August 2017, when a delegation entered Tehran to attend the inauguration ceremony of Iranian President Hassan Rouhani, who had been re-elected for a second term in May 2017.