Mummy Found in Southern Tehran May Belong to Former Shah! 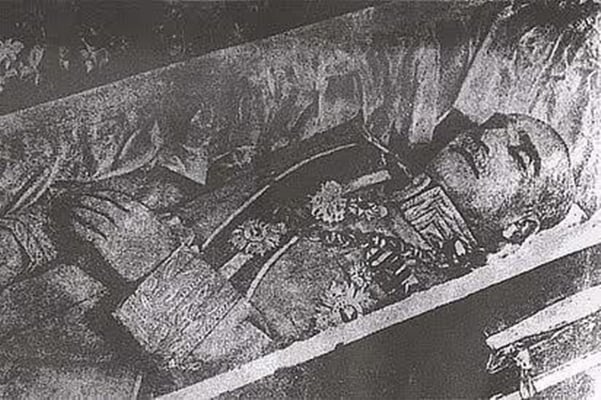 A mummified body found in Shahr-e Rey in southern Tehran is assumed to be the body of the ex-king of Iran Reza Shah Pahlavi.

During the implementation of a construction plan in the western part of the holy shrine of Abdol Azim Hassani in Shahr-e Rey, a mummified body was found in the same place as the ruined tomb of Reza Shah was located on Monday morning.

Hassan Khalil Abadi, Chairman of the Cultural Heritage Committee of Tehran City Council, has confirmed the discovery of mummified body in the shrine. He has told ISNA in a Persian interview that after the discovery of the body, it was buried again and the authorities of shrine are waiting for cultural heritage experts’ comments on the issue.

Although Khalil Abadi says the body has been reburied, local sources say it was transferred outside the shrine.

Authorities say they do not know what exactly has happened during the construction process. They say the digging process has been stopped, and it is not clear if is the country’s Security Council, National Security representatives, intelligence agents, or Basij members have ordered the halt of operations.

Reza Shah died in exile in Johannesburg in 1944. It was said that his body was brought to Iran four years later and buried in a large tomb in Shahr-e-Rey.

Sadeq Khalkhali, the religious ruler of the early revolution, in May 1980, flattened the tomb located in the shrine.

After that, Reza Shah’s body was not found and it was rumoured that his son Mohammad Reza had taken out his father’s body secretly when he left Iran in 1979.