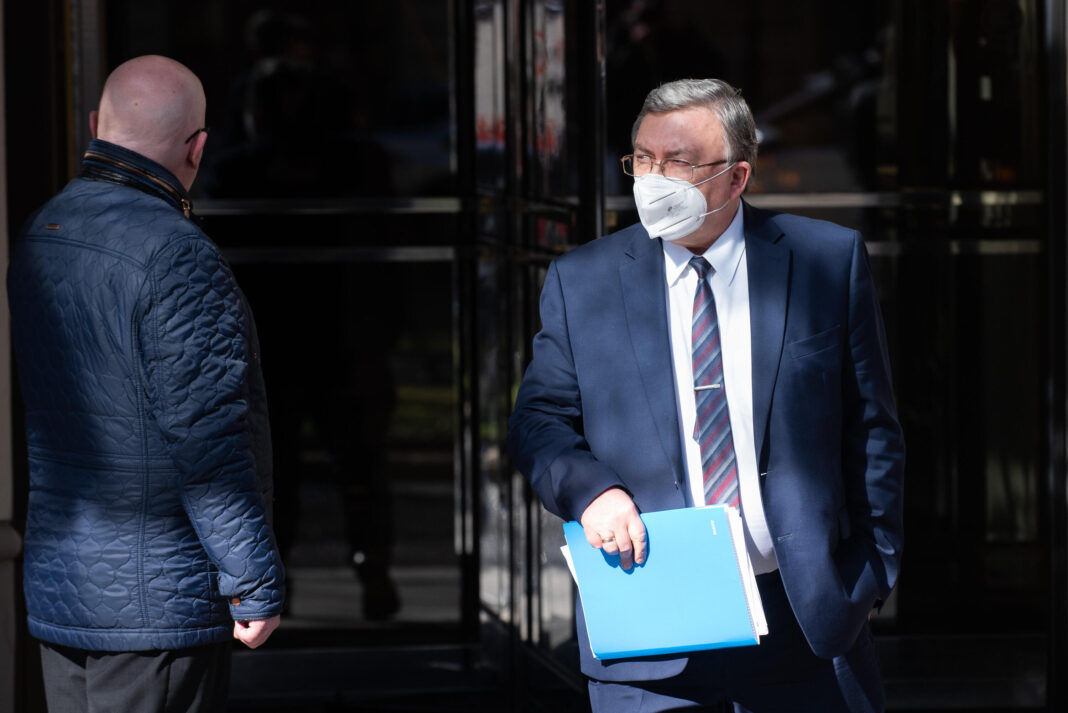 Russia is ready to engage in joint consultations with the United States to discuss the return to the Joint Comprehensive Plan of Action (JCPOA) or the Iranian nuclear deal, Moscow's top diplomat stated.

“Russia stands ready to maintain dialogue with our US counterparts on JCPOA,” Russia’s Permanent Representative to the Vienna-based international organizations Mikhail Ulyanov wrote on Twitter on Wednesday, commenting on media reports about President Joe Biden envoy’s upcoming visits to Moscow and Paris to discuss the issue.

The US Department of State announced on Tuesday that US Special Envoy for Iran Robert Malley and a small delegation will be traveling to Moscow and Paris from 7-10 September for consultations with Russian and European partners “on Iran’s nuclear program and the need to quickly reach and implement an understanding on a mutual return to compliance with the Joint Comprehensive Plan of Action”.

Russian Deputy Foreign Minister Sergey Ryabkov also informed that he will hold consultations with Malley on Wednesday and Thursday in Moscow.

“We have consultations planned. They will be held today and tomorrow morning. We have been planning them for a rather long time in order to discuss the whole situation and look ahead. There are many problems, and, frankly speaking, now is one of those moments when it’s extremely important not to make a mistake,” he noted on Wednesday.

Talks between Iran and the five involved countries (Russia, the UK, China, France, and Germany) have been going on in Vienna since April. Their aim is restoring the original nuclear deal, which implies the removal of US sanctions imposed on Iran, compliance with nuclear obligations by Tehran, and the United States’ return to the accord. Representatives of the JCPOA members are also holding separate consultations with the US delegation without Iran’s participation. All the delegations involved initially hoped to complete the work in late May, after which they revised the date to early June.