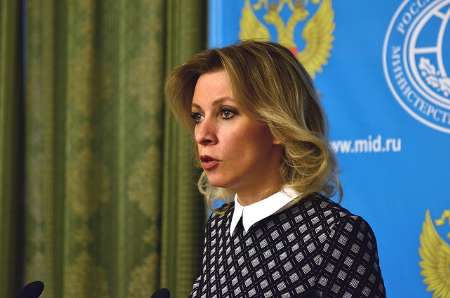 The Russian Foreign Ministry has striken back at UN Secretary General Ban Ki-moon’s accusations of Syria peace talks failure after he alleged Russian role in the suspension of the talks, local media reported.

The ministry’s spokeswoman, Maria Zakharova, in a statement on Monday said that Ban’s remarks played into the hands of Western media who had been spreading rumors about the Russian air campaign against anti-government extremists in Syria and the toll it took on the civilian population, according to Sputnik.
On Friday, Ban told the Financial Times newspaper that Russian airstrikes near the Syrian city of Aleppo made it harder for UN envoy for Syria Staffan de Mistura to mediate talks between Damascus and opposition that were underway in Geneva.
They were eventually put back three weeks until February 25.
‘We have always assumed and still assume that comments from the chief executive of an international organization should be unbiased and objective, in line with his status. This was obviously not the case,’ Zakharova was quoted saying.
In late January, militants, including those from the al-Qaeda-affiliated al-Nusra Front, reinforced their positions in Aleppo close to the northern border with Turkey. A Syrian ground offensive backed by Russian airstrikes has managed to sever their supply routes and gain control of border regions, the report said. 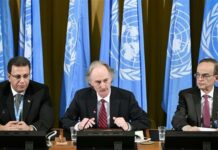