Moldova Can Count on Iran for Energy Demands: President Rouhani 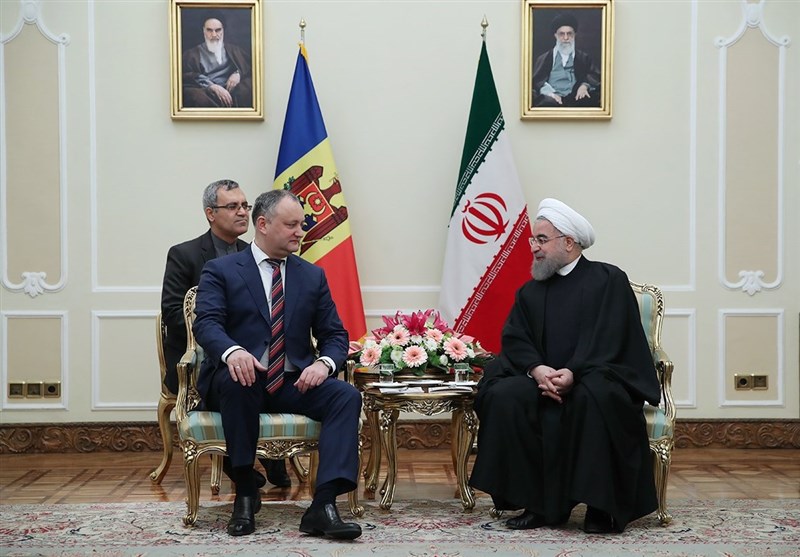 Highlighting Iran’s capabilities in the oil industry, President Hassan Rouhani assured Moldova that it can rely on Iran to meet its energy demands.

“With its high capabilities in producing oil, gas and gas condensates, the Islamic Republic of Iran can satisfy a major part of Moldova’s needs in this sphere,” President Rouhani said at a meeting with his Moldovan counterpart Igor Dodon in Tehran on Sunday.

Stressing the need for expansion of banking ties between Tehran and Chisinau as a stimulus to bilateral trade, the Iranian president said the two countries need to make efforts to inform investors and economic activists about the potential and capacities available in the two countries.

Rouhani also highlighted the role that Iran and Moldova can play in activating a major transit route connecting the Central Asia to Europe.

For his part, Dodon called for efforts to tap into Iran and Moldova’s capacities in order to promote economic and trade ties.

He also invited his Iranian counterpart to pay an official visit to Moldova.

Dodon had a meeting with Iranian Foreign Minister Mohammad Javad Zarif earlier in the day.

Moldova is a landlocked country in Eastern Europe, bordered by Romania and Ukraine. It declared independence in August 1991, after dissolution of the Soviet Union.