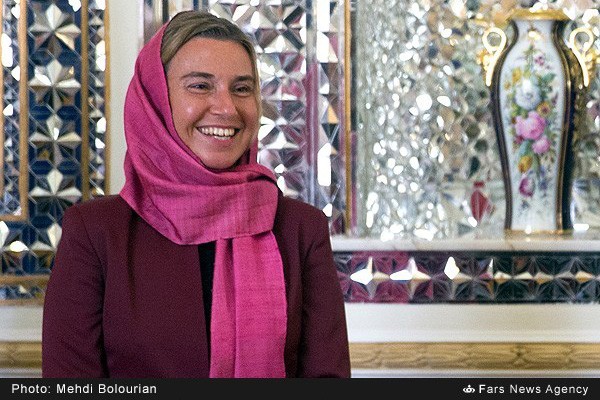 The European Union’s Foreign Policy Chief Federica Mogherini will travel to Tehran on August 5 to attend the inauguration ceremony of Iranian President Hassan Rouhani, according to her spokeswoman.

The official website of the European External Action Service declared on Saturday Mogherini will visit Tehran in her capacity as Chair of the Joint Commission of the JCPOA, the nuclear deal between Iran and world powers.

Besides attending Rouhani’s swearing-in ceremony, she will also have bilateral meetings with Iranian dignitaries to review the state of implementation of the nuclear deal and to discuss issues of bilateral and regional relevance.

Mogherini will be the second European official who has so far declared will visit Tehran on August 5. Earlier, French Foreign Minister Jean-Yves Le Drian also announced he will pay a two-day visit to Tehran on August 4 and 5.

The French top diplomat will discuss ways for promotion of bilateral ties and extend his congratulations to President Hassan Rouhani who won a second term in office in May.