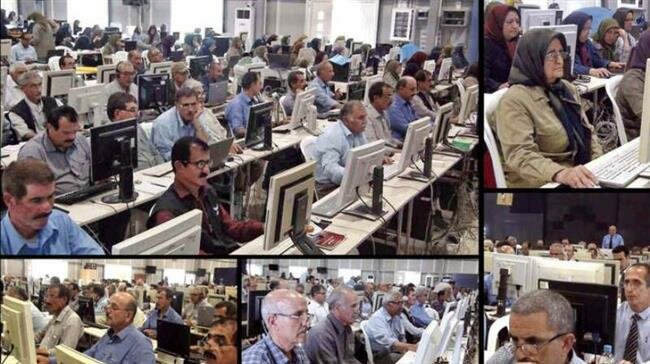 Members are “briefed at the start of their workday and start their social media operations at noon. At the end of the day, feedback is reviewed and issues that have to be used to defame the Islamic Republic are examined for the next day,” read the paper.

The MKO is listed as a terrorist organization by much of the international community. Its members fled Iran in 1986 for Iraq, where it enjoyed backing of former Iraqi dictator Saddam Hussein.

The MKO has been banned in Iran and around the world for its role in numerous terrorist activities, especially in the early years after the Islamic Revolution in 1979, taking the lives of thousands of Iranians, along with foreign nationals.

Out of the nearly 17,000 Iranians killed in terrorist attacks since the victory of the Islamic Revolution, about 12,000 have fallen victim to MKO’s acts of terror.

Removing a decade-long ban on the MKO, the United States and its allies, however, have sought to use the group as a tool to pressure Iran over the past years.

Despite US and Saudi attempts to empower the MKO, the cult-like group’s activities have been largely limited to its now aging pool of members who had originally joined the group in the 1970’s and 1980’s.

According to the British daily The Guardian, the MKO is even known to rely on busing refugees and young eastern Europeans to fill up its lavish events in Europe, where most of the group’s members are known to reside.

The group was already well-known for its reliance on fake social media profiles to push for its Washington-backed anti-Iran agenda before the recent leaks.

Amid the Trump Administration’s heightened rhetoric and campaign of “maximum pressure” against Iran, the MKO has also sought to gain further support from Washington and its allies by expanding its anti-Iran operations.

Last month, an unverified audio tape leaked from the organization suggested the group may have colluded with foreign powers in carrying out mysterious explosions targeting two oil tankers in the Persian Gulf in June.