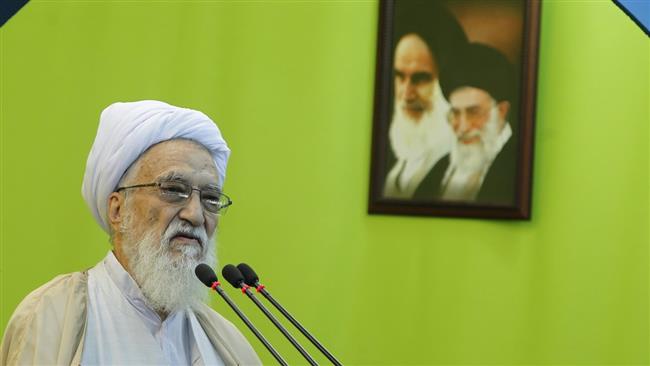 Muslim countries must investigate the incident and a fact-finding mission must be set up, the leader of Friday prayers said.

An Iranian cleric has said the main culprits of the September 24 tragedy in Mina, Saudi Arabia, must face justice for the human crush that killed hundreds of pilgrims during the Hajj rituals.

“The management of Hajj should undoubtedly change,” said Ayatollah Mohammad Ali Movahedi Kermani in an address to worshippers at Friday prayer in Tehran.

He added that the Mina tragedy has left a mark of disgrace on the Saudi regime which cannot be removed easily.

The cleric said the Saudi police are certainly responsible for the incident.

“Muslim countries must investigate [the incident] and a fact-finding mission must be set up and the reason behind the closure of the routes [leading to Mina] should be determined,” he said.

He added that many pilgrims died due to lack of water in the scorching heat.

Ayatollah Movahedi Kermani said the tragedy showed Saudi authorities’ lack of competence and their inability to manage the rituals.

He also called on the Saudi officials to consult with Muslim countries regarding the management of the pilgrimage.