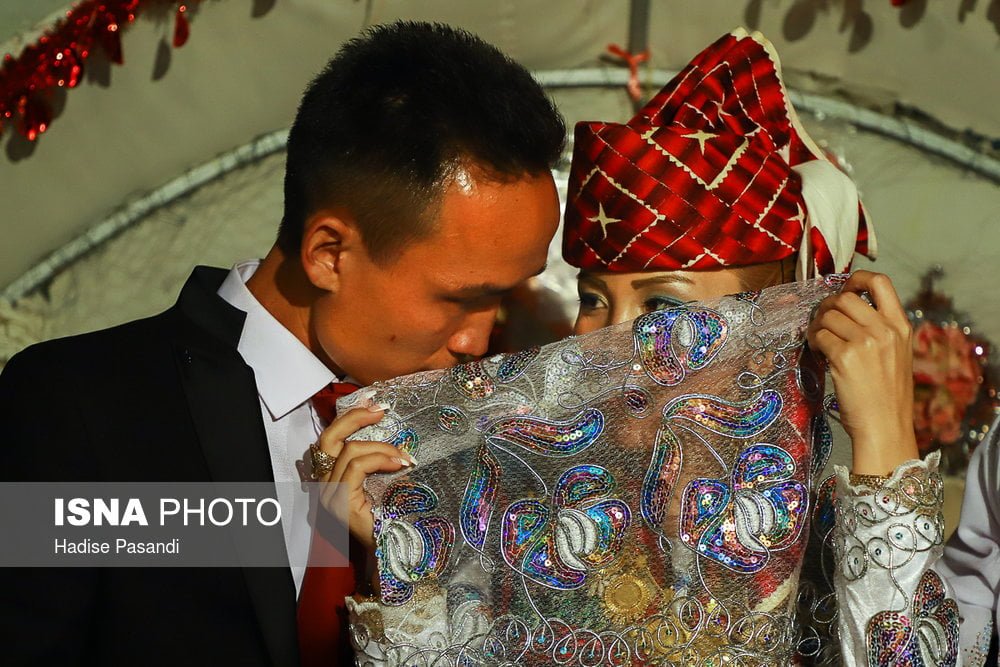 Wedding ceremony of the Kazakhs residing in Iran’s Bandar Torkaman, northern Golestan province is held for two days in a completely traditional way.

The clothes worn during the ceremony and the respect paid by the bride and groom to the elderly are among the main features of the ceremony.

Kazakh Neighbourhood is widely known in the city of Gorgan. Its residents are yellow-skinned with almond eyes. They still wear their traditional cloths even after 90 years of living in Bandar Torkaman, Gonbad-e Kavus and Gorgan. They believe that Iran has provided them with a chance to keep their traditions and customs. Wedding is one of their traditions which have been protected so far. 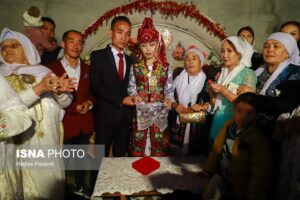 Kazakhs used to mark their wedding in 14 days. Today, due to various economic pressures, the number has been reduced to two days. Paying respect to the elderly is highly significant for the Kazakhs. During the wedding ceremony, the bride and the groom should stand up and bow down before each elderly who enters the ceremony. They cannot sit down before being permitted by the elderly.

The groom has to pay Mahr to the bride amounting to several million rials before taking her to his home. Meanwhile, he should take a gift during his first visit to the house of the bride’s father. Known as Karjin in Kazakh, the gift includes a collection of food, dried fruits and sweets. The tradition is called Orin Boro in Kazakh language. The bridegroom should bow down three times before the elderly of the home. Bride’s mother gives him a cup of milk called Komis in Kazakh and wish them prosperity and health.

The bride is not allowed to wear contemporary bride clothes during the ceremony. She should wear traditional clothes. She is advised by the elderly during the wedding ceremony and bows down before them as a sign of respect. During the ceremony, sweets and local foods are cooked and served by the two sides’ relatives and families.

On the first afternoon of the wedding ceremony, the groom is required to take the bride along with the families’ girls to the jungle and serve them with sweets and syrup.

The ceremony comes to an end amid the festivity and dances of the participants. Then the two are seen off to their new home. 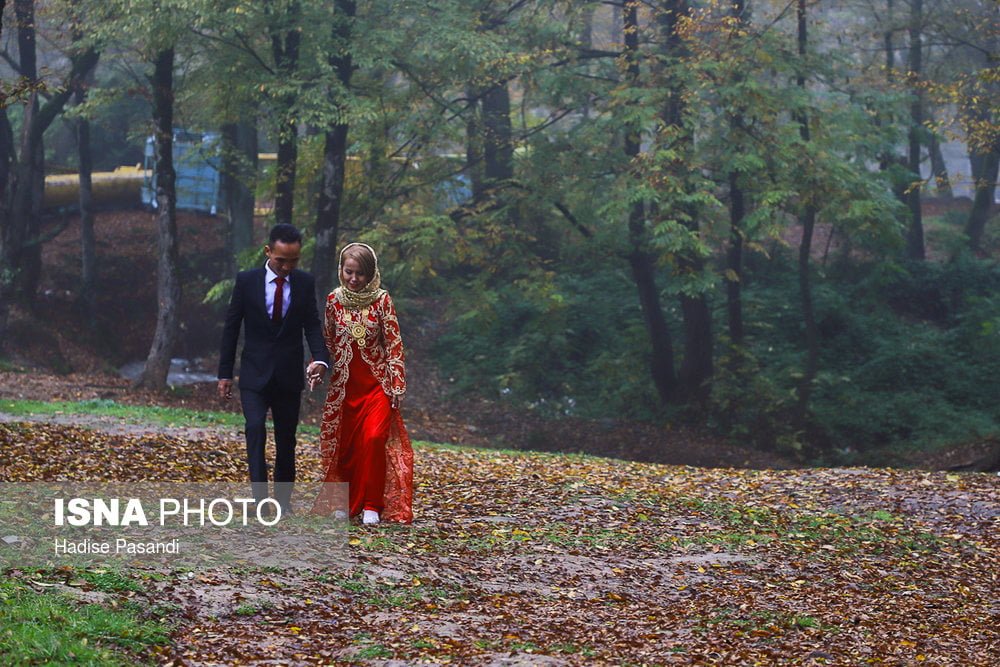 According to the elderly of the Kazakh people residing in Iran, 90 years ago, the Kazakh Muslims from the former Soviet Union took shelter in Iran from the crackdown by their government. Drought and dire economic situation had fueled internal conflicts among the Kazakhs. Therefore, most of them along with their children fled their homes to reside in Iran, Afghanistan and Turkey. Those arriving in Iran settled in Gorgan. Iranian army began to feed them, and helped them launch their own business for meeting their needs. They were mainly involved in carpentry and forging. Their skills in making chariots immediately attracted attentions.  Even today, the Kazakhs of Golestan province are known as hardworking artisans.

22 years ago, Kazakhstan government sent invitations to Kazakhs who migrated to the neighbouring states and called them to return to their own country. It also vowed to provide them with homes and jobs. Some of them residing in Iran returned, but most of them remained in Iran because they had got accustomed to the country and viewed themselves as Iranians. Those who went to Kazakhstan returned to Iran after a short while.

The young Kazakhs say, in addition to the warm hospitality of the Iranians, they have got accustomed to the climate of the country. Kazakhstan’s weather is cold and dry and during the winter the temperature goes down to minus 20 to 30 degrees.

On the other hand, they have lands in Iran. So, they cannot leave Iran. They call themselves Iranians. The Kazakhs living in Iran has Iranian ID cards. They perform compulsory military services and like any Iranians enjoy the rights of ordinary citizens of the country.

They, however, have preserved their traditions so far like that of their wedding. Below you can watch a collection of photos of the traditional wedding of the Kazakhs in Gorgan. The photos are retrieved from ISNA.