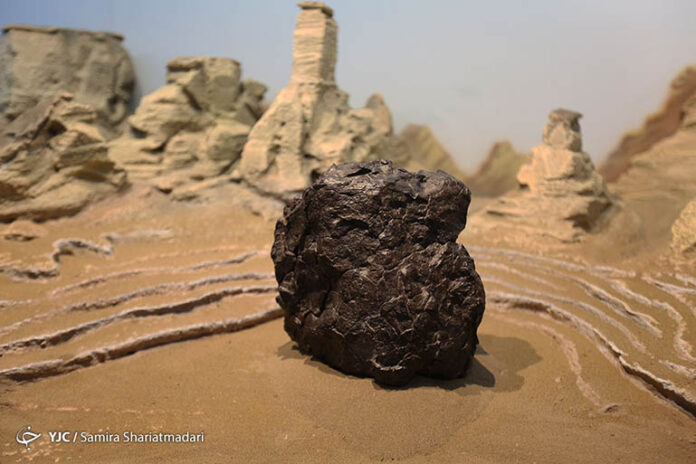 The meteorite which weighs 17 kg was discovered during a desert expedition in 2013.

A meteorite discovered in the Lut Desert in south-central Iran in 2013 has been unveiled. The display of the meteorite, a second found on Iranian soil, came 134 years after a first meteorite was discovered in suburban Tehran (April 18, 1881).

The newly-unveiled dense meteorite weighs 17 kg and was discovered during a desert expedition.

Images of the ceremony released online by the Young Journalists Club: