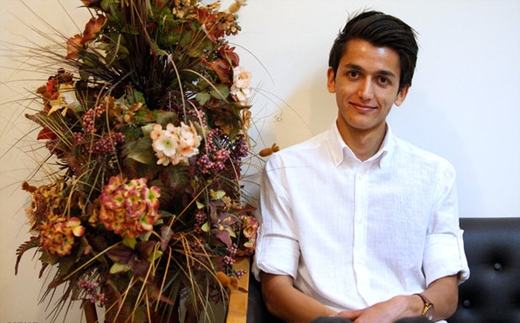 With a company in Turkey already established under his name and a new office in Tehran, the third-year college drop-out has made a name for himself.

A young scientist, computer programmer and inventor, named Sajjad Yaghoubi has grabbed the media’s attention nationally and somewhat internationally in the past few years.

The tall, skinny and olive-skinned Yaghoubi was born 23 years ago in Maku, a city in the extreme northwest of Iran – in West Azerbaijan Province.

Born into a middle-income family, Sajjad was the third of four children and the only son of the family. He completed primary school all the way to high school in his small hometown of Maku.

However, the small-sized town with only a few learning facilities and a limited number of educational centers couldn’t bring him down.

Already at an early age he began to satisfy his curiosity in robots by dismantling toys and machines in order to figure out the function of each part.

If that weren’t bad enough, he would even sell his stuff to buy robot parts.

On that topic, Sajjad even had a story to recount for the Tehran Times.

On one of his birthdays, his father surprised him with a brand new cell phone as a birthday gift. The very next day, however, when his father could not locate his son via his cell phone, Sajjad had to confess that he had sold the pricey phone in exchange for some robotic parts for his next creation.

During 6th grade, with no guidance at his disposal, Sajjad tapped into the world of ‘robotics’.

Although it only seemed an interest to him at first, the field of robotics would open up many possibilities to him later on and win him plenty of awards.

On his journey into the robotics world, Sajjad encountered a lot of “naysayers” who mocked him and tried to cast a gloom over his dreams, but little did they know that his strong resolve would block out all of them.

It goes without saying that Sajjad must’ve had wonderful mentors along the way. In fact, he named his father and late uncle as his inspirational and motivational gurus.

Since his town of residency had a limited number of books available to the public, particularly on his favorite topic, robotics, Sajjad’s uncle, whom he called a genius, mailed out around 20 books on biology and robotics to him each month from Tehran.
“I would read the books voraciously, knowing full well that more would be on the way in the following months to get my hands on,” he recalled.

In addition to winning the first nationwide award in robotics while still on his second year of junior high school, Sajjad also took the second place at the Robocup World Competition in Germany in 2009, and got gold medal in Belgium at the World Invention Competition in the same year.

Ever since Sajjad was a young boy, he knew he wanted to contribute to the world and help people. But it wasn’t until he arrived in high school that he reaffirmed his obligation to the world and rechanneled his energy to incorporate robots into the medical industry to assist the ailing people.

As a high school student, Sajjad won numerous prizes at various competitions including: first place at the Malaysian invention innovation technology competition, best special prize at the Korean under 18 world inventions Olympiads, and the special prize of best under 18 inventor in Asia.

One of his inventions, which Sajjad takes great pride in, is called the “eye exercise equipment”. The device, patented in his name when he was only 16, isolates the extraocular muscles and relieves eye tiredness in just five minutes by improving the blood circulation in them.

The useful equipment is already out in the market in Turkey and goes for $400.

After graduating with honors from high school, Sajjad decided to go abroad to further his education in an area where Iran had already lagged behind due to years of sanctions imposed by the West.

Higher education institutions in the United States and Europe were off limits since his mother wasn’t willing to send her sole beloved son to faraway lands.

So, Sajjad picked Turkey where he had already been granted a scholarship from Bahcesehir University department of medical school in Istanbul.

A year after his arrival in Turkey, he began observing surgeons in operating theaters where he got to assess the design flaws of medical equipment used during surgeries in order to improve their precision.
It was then that Sajjad decided to launch his company and began selling his inventions, his company runs successfully to this day in Turkey.


While in university, Sajjad continued his outstanding performance, which once again won him many more medals and accolades in competitions.

Sajjad told the Tehran Times that in January 2016 he will participate at CES, a global consumer electronics and consumer technology tradeshow, in Las Vegas, Nevada to present his latest inventions.

He continued to study medicine for three years until one day he decided the world of academia wasn’t feeding his dream fast enough since he wanted to undertake research in operating rooms.

Sajjad decided to call it quits and leave the academic world behind in Turkey. He is now planning to move to the States, to pick up where he left it off in Turkey and to get on with his dream projects.

With a company in Turkey already established under his name and a new office in Tehran, the third-year college drop-out has made a name for himself so much so that his name is known to everyone in his hometown.

With 15 patents, so far, under his name, and surely many more to come, Sajjad’s mind is constantly buzzing with new ideas, trying to find solutions for unsolved problems.

It is just a matter of time before Sajjad’s name captures the world’s attention and becomes an international icon with his new discoveries and inventions.

Beyond a shadow of a doubt, Sajjad has made a leap at such a young age; he already has fame and wealth. 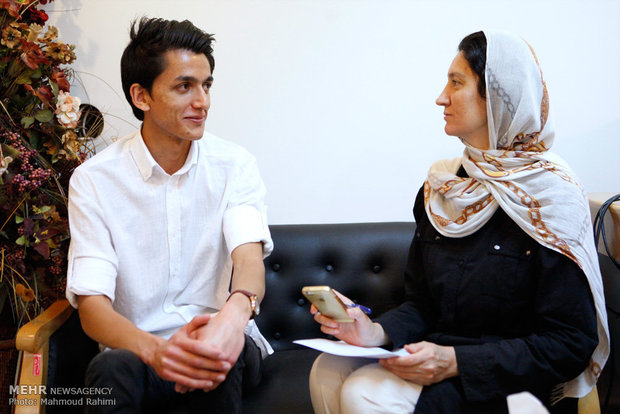