Matteo Renzi: Peace is One of Italy and Iran’s Mutual Goals 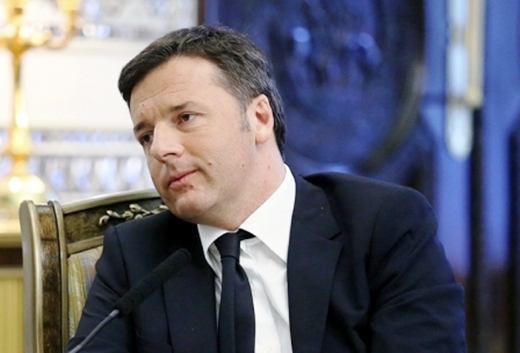 Matteo Renzi, Italy’s Prime Minister, during a commercial meeting between two countries held in Iran’s Chamber of Commerce, said, “We are in Iran, but not only to sign economic contracts. There are many economic opportunities for both countries which should be taken seriously, but more than anything else, there is a common feeling between the two great civilizations of Persia and Rome.”

He added, “There is a deep belief that Iran can play a vital role not only in the region, but also in the world, which faces so many challenges.”

He highlighted the crisis in the region and said, “There’s still a huge human crisis in Syria and Yemen, to the extent that the number of refugees to Italy in this year has increased 15 to 20 times.”

Italy’s Prime Minister continued, “Knowing that 23% of the victims in Yemen are children, and that 15% are women, highlights the catastrophe in the country.”

Renzi pointed out that Iran and Italy can spread a message for stability in the region and said, “The two countries also can work on subjects which there are some disagreements about. However, we have many agreements and common goals with Iran, and one of them is making peace.”