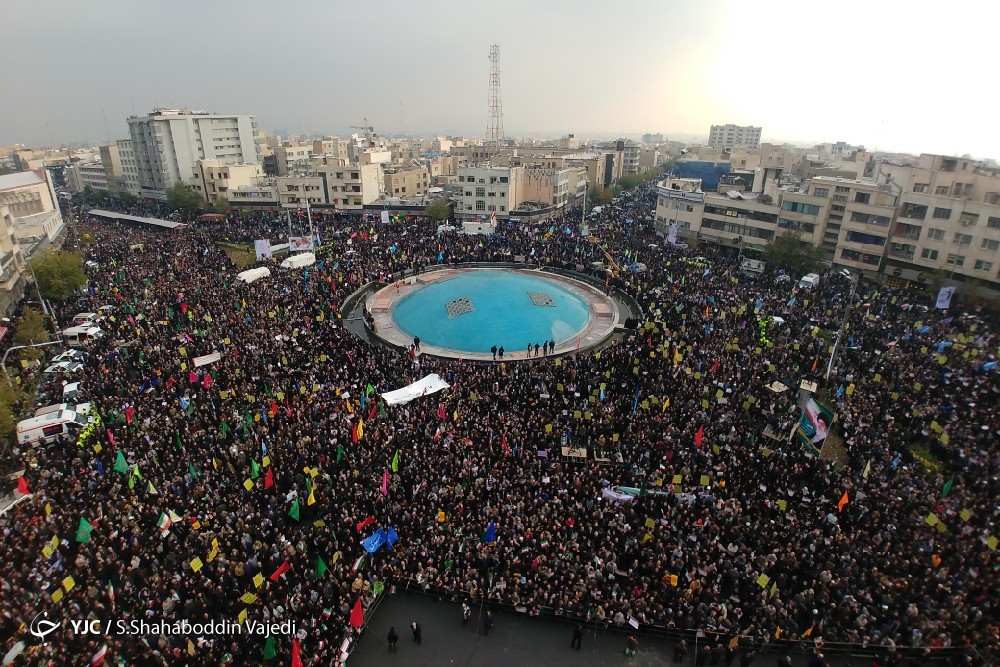 Large crowds of people in Tehran have poured into streets on Monday to express their support for the country’s Establishment and condemn the recent riots that broke out following the gas price hikes.

The protesters amassed at Tehran’s Enqelab (Revolution) Square to attend the massive rally called “Supporters of the Leadership.

The participants held up placards and shouted slogans in support of Leader of the Islamic Revolution Ayatollah Seyyed Ali Khamenei, and expressed outrage at anarchist measures meant to inflict damage on public property during the riots.

The Revolution Square has been named so in honour of the country’s 1979 Islamic Revolution, and has ever since served as a rallying point on numerous similar occasions. People started moving towards the venue from the four predefined routes across the city.

What follows are photos of the protests retrieved from various sources: