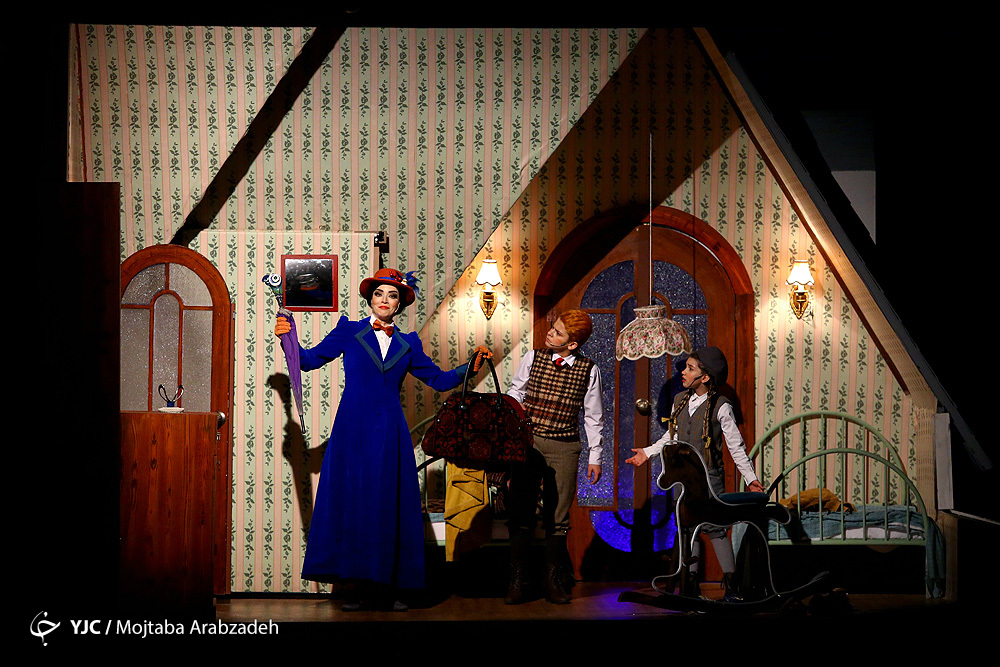 A free adaptation of Julian Fellowes’ famous script “Mary Poppins” is currently onstage in the Iranian capital of Tehran.

Mary Poppins, which has been onstage in Tehran’s Vahdat Hall since late October, will be performed until December 21.

The original script, written by Julian Fellowes, is based on the similarly titled Mary Poppins children’s books by P. L. Travers and the 1964 Disney film, and is a fusion of various elements from the two, including songs from the film.

What follows are YJC’s photos of the musical performed in Tehran: